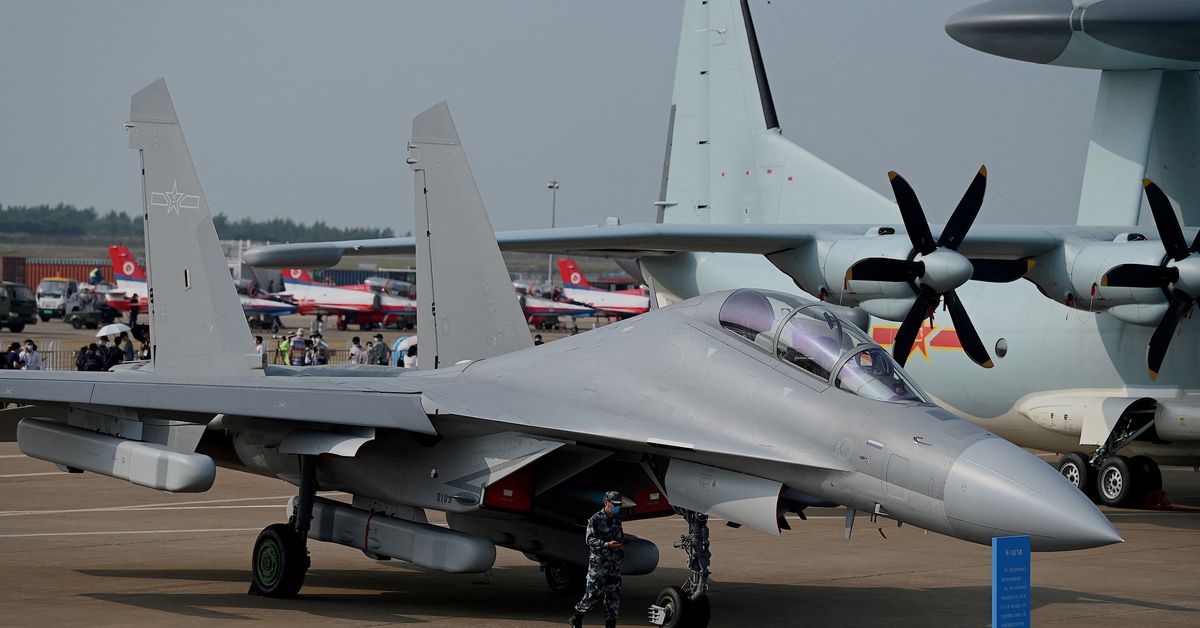 China is stepping up military activities in the area of Taiwan, prior to Nancy Pelosi, the Speaker of the US House of Representatives, who is anticipated to arrive in Taipei on Tuesday night.

iexclusivenews reports that the government of Taiwan also claimed that it had been the target of cyberattacks.

As a warning to Taipei that Beijing’s air force might quickly arrive on the island, according to a Taiwanese official briefed on the situation,

According to military authorities in two nearby nations, all military units under the People’s Liberation Army’s Southern Theater Command.

Beijing has repeatedly threatened that the PLA would “not sit by passively” if Pelosi were to visit Taiwan as part of a larger Asia trip that started in Singapore on Monday.

So Taiwan and the US readied themselves for a potentially violent response from Beijing. Taiwan is allegedly a part of Beijing’s sovereign territory.

The Taiwanese presidency’s office reported that on Tuesday night, a foreign denial-of-service attack with 200 times the site’s typical traffic forced its official website to go offline for 20 minutes.

Stocks dropped on Tuesday due to the tensions, with the Hang Seng index in Hong Kong plunging as much as 3.2% and the CSI 300 index in China falling as much as 2.8%.

Following many drills the previous week, China also announced a series of war games in the South China Sea that will span from Tuesday am through Saturday night.

Tuesday saw a disruption in domestic air traffic in Fujian, the Chinese province closest to Taiwan, indicating that the airspace would be opened up for military operations.

In an apparent retaliation for Beijing’s covert support of Moscow’s attack on Ukraine, Russia accused the US of “provoking” China.

What People Are Saying About Pelosi Visit To Taiwan

“Everything about this tour and the possible visit to Taiwan is purely provocative,” said Kremlin spokesperson Dmitry Peskov, according to Reuters.

In a further confirmation of what the two countries have called a “no limits friendship”, the Ostankino television tower in Moscow lit up with a message this week saying “China, we are with you!”

Although Taiwan was not listed on Pelosi’s official schedule, which also included visits to Malaysia, South Korea, and Japan, it was verified by sources with knowledge of the situation that she will meet Tsai Ing-wen, the president of Taiwan, on Wednesday.

Pelosi would become the first US House Speaker to travel to Taiwan in 25 years, and she has long been a critic of China, particularly for violations of human rights.

“Large-scale Chinese exercises around Taiwan after Pelosi leaves are the very least we should expect,” said Hsu Yen-chi, a researcher at the Council on Strategic and Wargaming Studies in Taipei.

Zhang Jun, China’s ambassador to the UN, condemned the visit as “dangerous and provocative”.

“Taiwan’s tendency towards independence is further developing,” Zhang said after Pelosi’s visit was confirmed. “If we do not take appropriate, forceful action . . . the situation might [get] out of control.”

Pelosi is anticipated to cross through its jurisdiction on her way from Malaysia to Taipei, according to a Taiwanese official familiar with the PLA’s movements, where tension is at its peak.

“Since the Chinese government has warned that she needs to bear the consequences if she flies close to Taiwan, the Southern Command will be responsible for deterring the US in that area,” the official said.

However, iexclusivenews Nigeria reports that over the past ten days, patrols by the PLA Navy have increased in the waters off Taiwan’s east coast, which is thought to be the nation’s weak flank.

A missile destroyer, a frigate, and a military observation ship from the PLA have reportedly been circling Japan’s south-western islands recently.

Routinely crossing between Japan’s westernmost territory and Taiwan, according to the Japanese military.

Xiamen, a city in Fujian, is home to the largest airline, which declared on Tuesday that it was changing many of its routes due to the “influence” of the local air traffic control.

Additionally, many flights into Quanzhou, a tiny seaside city to the northeast of Xiamen, were canceled. The PLA Air Force additionally makes use of the Jinjiang airfield in Quanzhou.

Regarding its plans to safeguard Pelosi and her group, the Pentagon declined to comment.

The USS Ronald Reagan aircraft carrier and the USS Tripoli. A sizable amphibious assault ship that is equipped with fighter jets, are among the naval forces already present in the area with the US Navy.

NCC Warns Against Use Of Counterfeit, Non-type Approved Phones