Christian Chukwu: I Am Not Dead

Christian Chukwu: I Am Not Dead 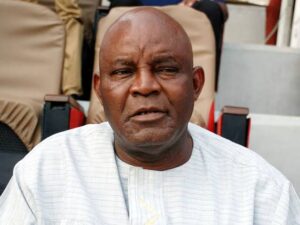 “Whoever wished me dead will die before me and we shall attend their burial. I wonder why anybody will wish me dead ”

iexclusive News Nigeria reports that former national team coach , Christian Chukwu has dispelled the rumour making the rounds that he is dead.

This online news medium recall that Chukwu had on Monday, January 4 , 2021, celebrated his 70th birthday.

However, a few days later there was a rumour that he had passed on, and that on Saturday , January 9 , 2021, some social media platforms reported his death without confirmation.

But speaking on Sunday in his Enugu home in the company of his friends , the soccer legend, said he was surprised as everyone at the news of his death.

Chukwu who was full of praise to God for life said he had received a series of calls from his friends all over the world who had been calling to find out whether or not the news was true.

“I don’t know where the story emanated from . Nobody has come to speak with me or any member of my family. I only heard people saying that I was dead ,” he said .

He described the story as false , noting that it is unprofessional for anyone to come up with such a report without any form of investigation.

“As you can see, I am chatting in my house with my friends. I didn’t even go to the hospital for sickness.

“Whoever wished me dead will die before me and we shall attend their burial. I wonder why anybody will wish me dead ” he said