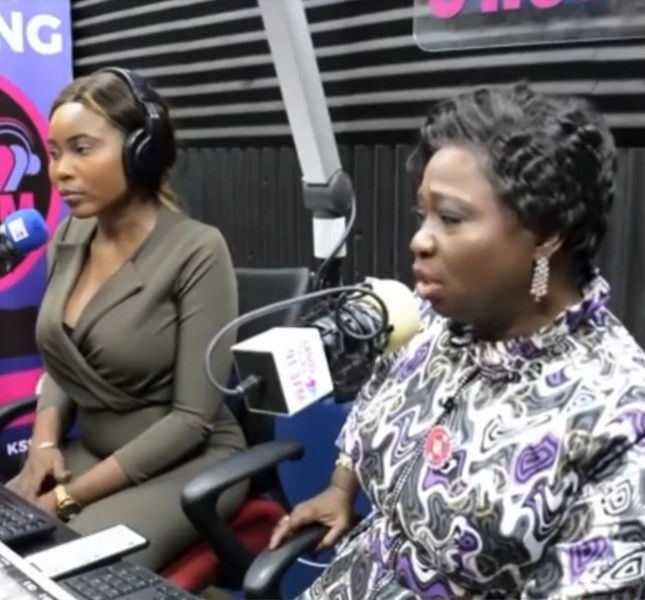 David Hundeyin, Abike Dabiri In A Heated Debate Over Death Of Itunu (video)

Journalist David Hundeyin and Abike Dabiri-Erewa got into a heated debate on radio that saw David scold the NIDCOM Chairperson.

A video recorded during the interview shows Ms. Abike’s reaction when Hundeyin called in to the show to discuss Itunu’s death.

Abike, who is the Chairperson of NIDCOM, responded, explaining efforts made to get Itunu out of jail before she sadly died in detention.

However, David wasn’t satisfied with her answer and tried to ask another question.

Ms. Abike kept explaining herself while David was trying to ask his question and he expressed his disapproval, saying: “Will you stop talking over me?”

David Hundeyin had highlighted Itunu’s plight earlier this year and called on the Nigerian government to do something about her case.

Itunu Babalola, a 21-year-old Nigerian businesswoman was jailed in Ivory Coast after her house was burgled.

She had reported the theft to the police and a suspect was caught.

However, a police officer in Ivory Coast, who is related to the suspect fingered in the robbery, allegedly tried to get Itunu to drop the case and allegedly offered her money.

When she refused to drop the case, she was accused of human trafficking and was charged to court.

She was jailed for 20 years over a crime she didn’t commit.

Ms. Abike Dabiri-Erewa said by the time her case was made public earlier this year, she had already spent 2 years in jail.

Itunu was said to have had complications from diabetes and was rushed to a hospital but she didn’t make it.

Watch the tense interview below.