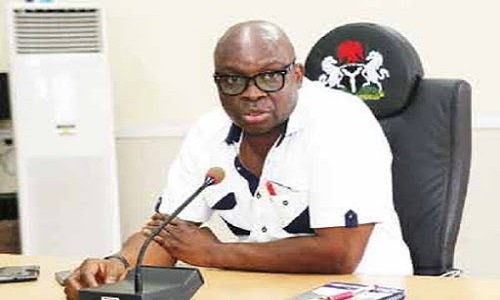 ”I just read the response of Chief Bode George to his understanding of what I said concerning the Edo State election.

Even though I won’t like to dignify him with a response, it is important that I set the records straight…

because it appears that he may have deliberately read different meanings to what Political gains he wants to make out of it and I careless.

My position is that, for obvious reasons, I am not a fan of both Gov Obaseki and Oshiomhole.

That notwithstanding, I believe that Obaseki will win, but he should honour his agreement with the PDP by not returning to APC after assuming office for the second term for flimsy excuses.

t is equally important for Chief Bode George to know that I am not the mouthpiece of South West PDP. I speak for myself and I take responsibility for whatever I say.

Above all, we still remember his negative statement concerning PDP on Ekiti, Osun and Rivers States elections. We still have the audio and it is a reference point that we will never forget.