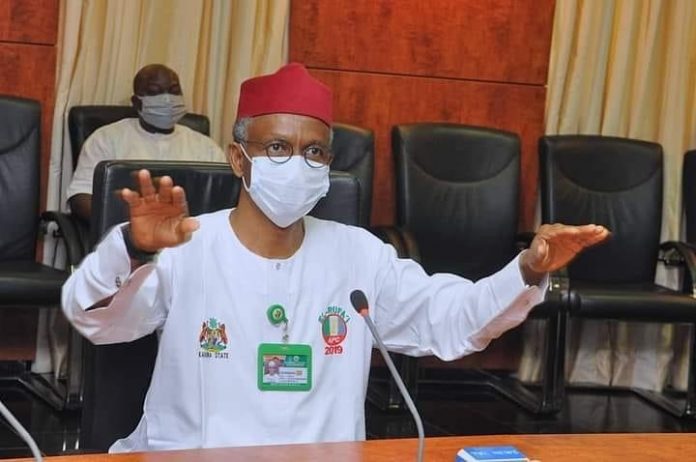 Governor Nasir El-Rufai of Kaduna State has said that the peace and reconciliation process initiated by the Atyap Chiefdom in Zangon Kataf Local Government Area among the various ethnic groups will help to complement security efforts to restore law and order and advance towards sustainable peace in the area.

Governor El-Rufai explained, “What the communities and leadership of Atyap Chiefdom have started is the type of grassroots ownership of the responsibility for peace and harmony in communities that the government has advocated as a critical factor beyond the deployment of police and military forces.”

Speaking during the visit of a delegation from Atyap Chiefdom, to present a formal update on the peace and reconciliation process between the communities in the Chiefdom, Governor El-Rufai, commended the Atyap, Fulani and Hausa communities of Atyap Chiefdom in Zangon-Kataf Local Government Area for the successful peace and reconciliation summit they held on Saturday, August 23, 2020.

Governor El-Rufai added, “We are particularly grateful to His Highness, the Agwatyap for his leadership in bringing together the diverse communities in his chiefdom to begin the process of rebuilding trust and restoring peace. We thank the community leaders and civic-minded individuals that have helped kick-start this dialogue process.”

He assured that all who seek to replace violent strife with harmony can be assured of the unstinting support of the state government for the peace and concord in all our communities.

“This call for accountability is significant, and it represents a positive effort to contain impunity and deter crime,” he emphasized.

Governor El-Rufai expressed delight that government notes and commends the resolve by the communities to respect the right of any citizen to live in peace within the Atyap Chiefdom and applauds the resolution to settle disputes through lawful processes and institutions.

“Also noteworthy is the involvement of youths from the various communities in the peace summit and their agreement not to mount roadblocks anywhere in the chiefdom,” he added.

He assured that the state government would maintain the enhanced security deployments in the area as the peace process advances, pointing out that the Kaduna State Peace Commission will also strongly support this effort at building peace at the grassroots.

The governor appealed to all the communities to abide by the resolutions with vigilance and commitment, and work towards making it a sustainable accord. “The work of peace is often hard, but it is a human obligation to work always to preserve human life, liberty and livelihoods, he stressed.

He called on people of goodwill to support the Atyap Chiefdom’s strong efforts to bring its communities together and stop the bloodshed and destruction of property, saying that everyone should reject the temptation to take laws into their hands and instead submit all grievances to the lawful authorities.