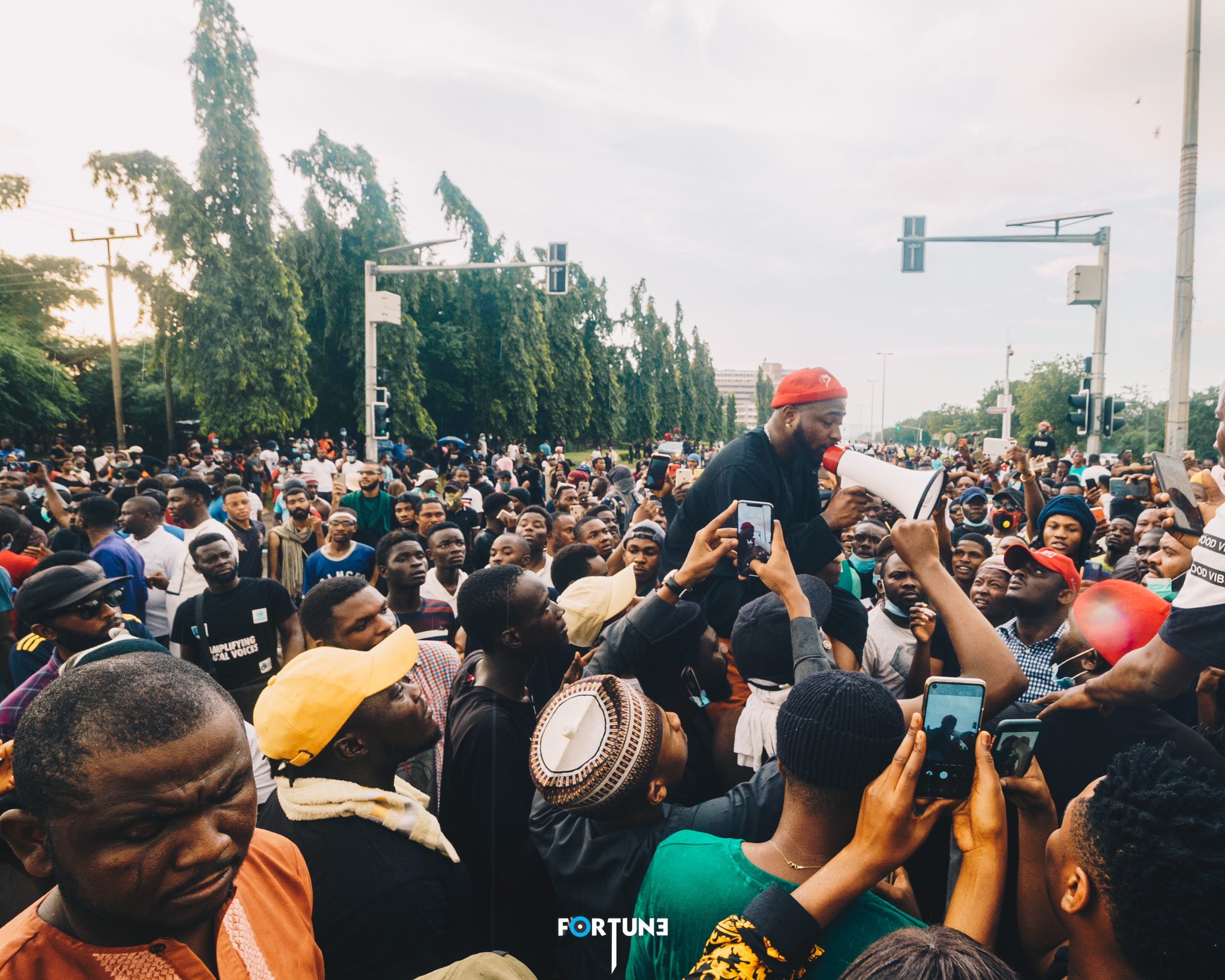 #EndSARS Comrade David Adeleke, popularly known as Davido, has denied being part of the Nigerians that participated in the protest, calling for the end of the Special Anti Robbery Squad, SARS, protest in Abuja.

Davido, who led the protest on Sunday in Abuja, made the denial during a meeting with the Inspector-General of Police, Mohammed Adamu on Monday.

He explained that he was in Abuja because of his fans and he came to the protest venue to calm things down.

IexclusiveNews reports that the singer had insisted that he wanted an open-door meeting but the IGP said , ”How can you come here for a closed-door meeting, when you were protesting yesterday and you identified with the protesters?

Davido responded, ”I did not protest, I was not there to protest. I was there to calm things down because the protesters are my fans.”

However, Adamu maintained that Davido had taken an action that projected him as playing a true voice for young people, adding that the agenda of the meeting needed to be streamlined.

Recall that Adamu on Sunday, announced the disbandment of SARS, following days of online and offline protests.

But despite the ban, SARS officers were caught assaulting protesters in different parts of the country.

This video is embarrassing. Davido don carry us handicap oo
Davido is denying that he was part of the #ENDSARS protest. He said he was in Abuja because of his fans and he came things down. But he didn't come to join the protest ?#SARSMUSTEND pic.twitter.com/jgPqBHBlbe