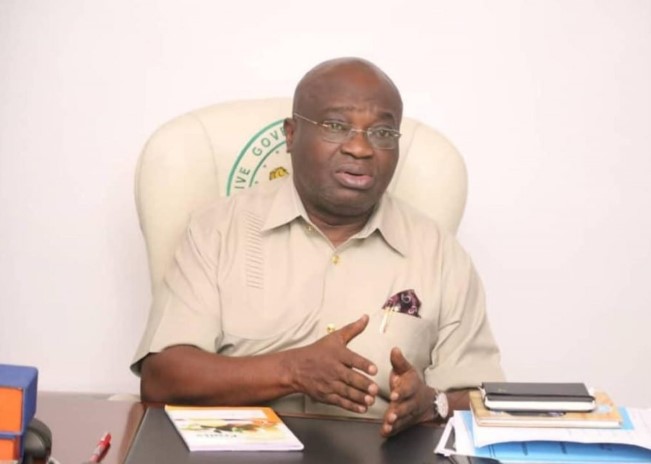 iexclusive News Nigeria reports that the Governor of Abia State Okezie Ikpeazu has approved a slight adjustment in the curfew imposed on Aba and Umuahia following the outbreak of violence that marred the End SARS protests.

Recall that Nigerians had embarked on protest, condemning the brutality of the disbanded Federal Special Anti-Robbery Squad, F-SARS.

The protest turned violent leading to wanton destruction of lives and property between the citizenry and the security agents across the country.

But, Governor Ikpeazu, in the release, stated that the current curfew period of between 5pm and 8am has now been adjusted to between 6pm and 6am, effective tomorrow, Saturday, October 31st, 2020.

“There shall be free movement between the hours of 6am in the morning and 6pm in the evening, after which movement ceases”.

Ikpeazu enjoined the residents of Aba and Umuahia to continue to keep the peace, and avoid any acts likely to cause any form of breach of public peace in the cities.

“Those on essential services are also exempted from the new curfew regime.