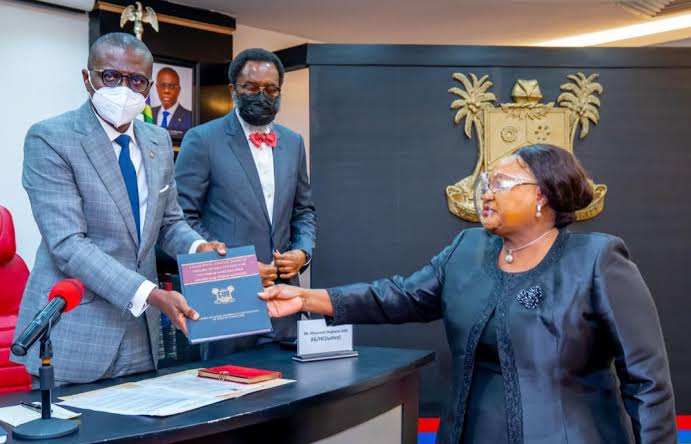 The African Action Congress (AAC) has called on President Muhammadu Buhari to resign in the wake of the tragedy at the Lekki toll gate.

iexclusive News Nigeria reports that the Lagos State Panel for Victims of SARS Related Abuses and Other Matters, led by Justice Doris Okuwobi, was praised by the party.

The Army shootings on October 20, 2020, were an unpleasant crescendo in which the government “murdered our youths at the Lekki toll gate and other places of the country,” according to Adeyeye.

According to the speaker, around 300 young people are currently imprisoned in various Nigerian prisons, many of them were either protesters or bystanders.

“We have continued to condemn this regime’s injustice and harshness, as it continues to employ excessive force against protestors while treating terrorists with child gloves.”

“The Buhari regime’s cruel decision, conceived in Lagos, to put a stop to a peaceful rally by defenseless civilians who were simply protesting police brutality, is an evidence of its recklessness and terroristic tendencies.”

“What is more sad than the killing is the state’s massive resources devoted to denying the killing — a slap in the face of Nigerians’ intelligence.”

“Bola Tinubu, Lai Mohammed, Babajide Sanwo-Olu, and the Lagos “business” that funded the disinformation should bury their heads in shame, for the vehicle that would transport them to The Hague has been ignited.”

The study, according to ACC, answered the derisive query presented to citizens by “Tinubu and his gang,” who asked, “Where are the bodies?”

“Those who gave the order to slaughter vulnerable young people, starting with the Grand Commander, President Buhari, must be brought to justice.”

The statement went on to say that all indicted government officials, officers, and commanders will face the International Criminal Court (ICC), not simply Nigerian tribunals.

Buhari Vows To Crush Bandits Says They Will Meet Their Doom