iexclusive News Nigeria reports that the mother of the evicted BBNaija2020 housemate, Erica, made a disturbing statement via popular micro blog Tiktok about someone wanting to kill Laycon.

In the live TikTok video She and her mother were seen laughing to something a third party in the video was saying (she was on a video call).  As the call ended, her mum who was still laughing asked if he was the person who wanted to kill Laycon.

This statement made the BBNaija superstar to abruptly end the live stream after the smile on her face vanished hinting that her mother probably messed up by letting that statement slip during a live stream.

Some took the statement as a joke but the ICONS are wondering why she made that statement.

Here is the video: 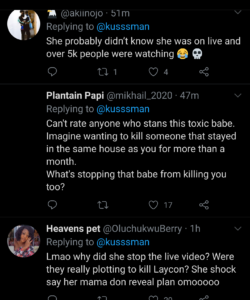 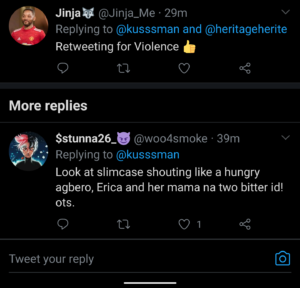 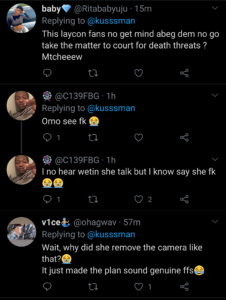 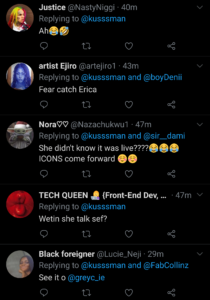 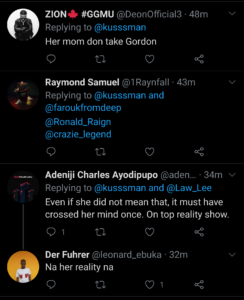 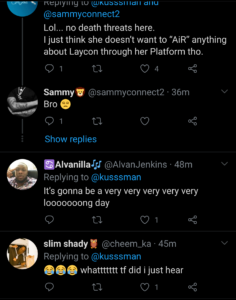 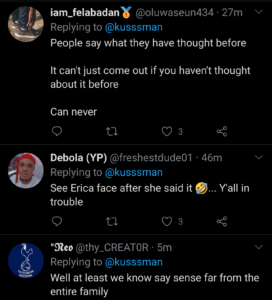 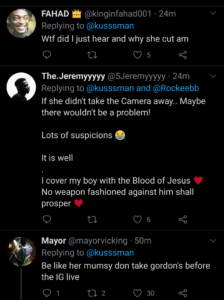 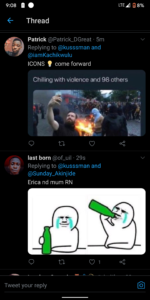 Share
Facebook
Twitter
Pinterest
WhatsApp
Previous articleThe DSS made available to NAOSRE, alerts the general public on planned attacks by some criminal elements during the yuletide seasons
Next articleNAOSRE Congratulates General Buratai On African Stewardship 2020 Man Of The Year Award