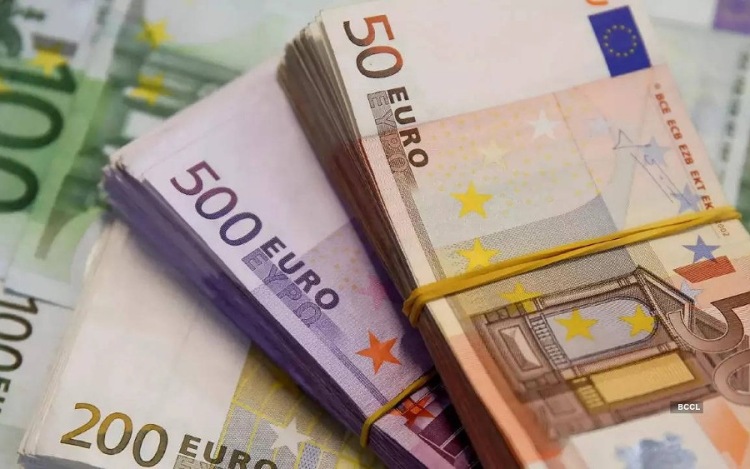 iexclusivenews reports that The Euro has dropped to a five-year low against the dollar as the battle in Ukraine continues.

The Euro has lost significant value when compared to the Russian Ruble, dropping by double digits YTD.

The Russian currency has made significant gains against the Euro, with the EUR/RUB currently trading at 74.69, down 1.21 percent on the day and 12.52 percent YTD.

What you Need To know

The euro has plunged to a five-year low, rekindling the possibility that the currency would reach parity with the dollar for the first time in two decades. As worries of European recession urge speculators to pile on the pessimistic bets.

Further euro weakness, on the other hand, might trigger ECB action, as it did in 2000 and 2011. Particularly if euro weakness causes bond market disruptions in weaker nations like Italy.

Russia’s plan to cut off gas supplies to Bulgaria and Poland is the currency’s latest setback. Which has already been hampered by the ascent of the dollar and extensive COVID-related lockdowns in China. A crucial market for bloc exports.

As the continent scrambles for a coordinated response to Russia’s weaponization of its energy resources. The European Commission has cautioned businesses not to give in to Russia’s requests to pay for gas in rubles.

Uniper, a German company, declared, however, that payments for Russian gas will be sent to a Russian bank rather than a European one.

Despite strong opposition in the form of the most severe economic sanctions ever imposed on a country. The Russian currency, the ruble, looks to be gaining.

Because of the Ruble’s performance in the foreign exchange market, the Russian Central Bank felt safe enough to slash interest rates to 14% in order to promote economic development.

Related Topics:• EURODollars
Up Next