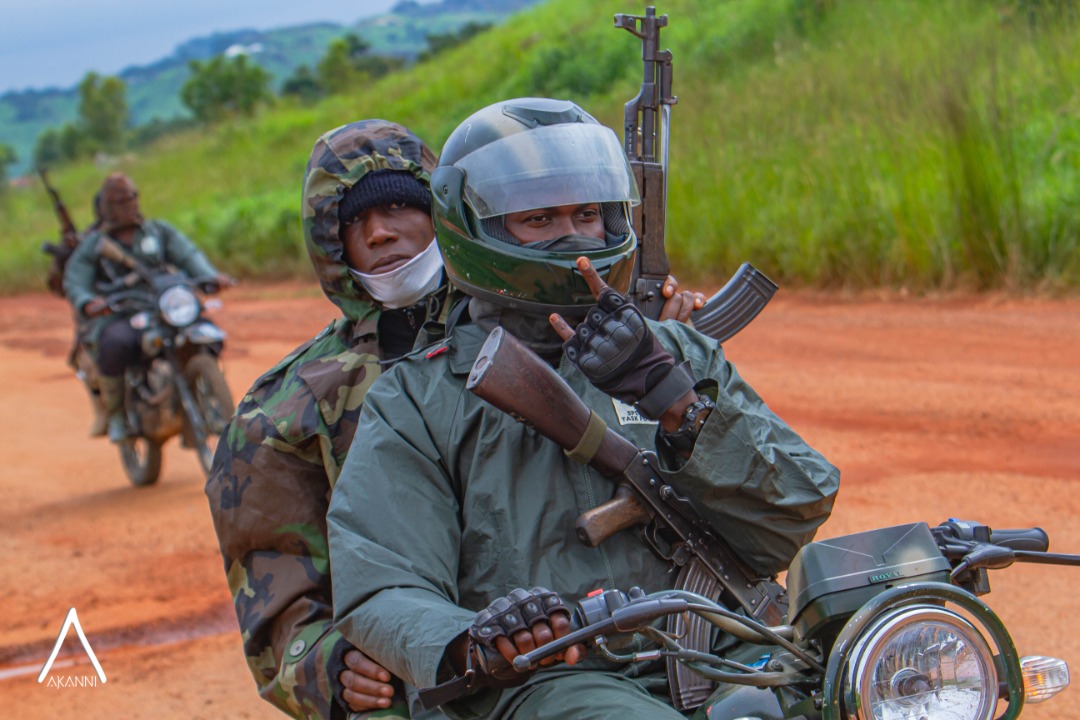 Criminality is as old as humanity therefore, there is no known antidote or permanent cure to criminal activities on earth.

It is however, on the premise of the foregoing and the fact that criminality of all forms and kinds are universal that sociologists, security experts and martial strategists often focus more attention on what can be done to reduce criminality to the barest minimum rather than relish in the illusion of eradicating crime from the face of the earth.

From the biblical days of Adam’s disobedience to God in the Garden of Eden to the gruesome murder of Abel by his own brother Cain, to the generation of Sodom and Gomorrah to terrorism, insurgency, banditry, piracy, serial killings, cultism, economic sabotage, amongst several others too numerous to mention, humanity had been unable to rid the society of crime.

To this end, the contemporary focus on minimization and prevention of crime is no doubt the way to go. Nigeria has had its own share of the negative effect of criminality on the socio economic growth and accelerated development in all facet of national life.

But like other countries that had battled insurgency and terrorism in the past, Nigeria is leveraging on their experience to break the spinal cord and resilience of these criminal elements making the nation unsafe for habitation.

This is not to say that those charged with the responsibility of protecting lives and properties should go to bed simply because crime had always been there and would continue to coexist with humanity.

It is however important to note at this juncture that President Muhammadu Buhari and his Services Chiefs are not leaving any stone unturned to eradicate insurgency and criminality from our land.

It is on record that the Armed Forces of Nigeria, in conjunction with other security agencies and the intelligence community are working day and night to restore peace in troubled zones across the federation as well as deny these criminal elements freedom of action at all time.

It was in line with Igbo aphorism that ‘the child who says his mother will not sleep, must keep vigil to satisfy such obnoxious desire,’ that the Nigerian military and other security agencies are all out to permanently close the eyes of criminals who had vowed that citizens will not sleep with two eyes closed.

It is on the basis of the following believe that the Armed Forces of Nigeria last week killed no fewer than 196 criminal elements across all theatre of Operation in the country.

Coordinator Defence Media Operations, Major General John Enenche who made this disclosure in the weekly press briefing to update Defence correspondents on military operations said the Armed Forces of Nigeria continued its major operations across the country with renewed vigour and attendant successes.

While noting that the troops of Operation Lafiya Dole have continued to exhibit sustained resilience in the fight against terrorism in the Northeast, General Enenche said that this was evident in their recent encounters with the BHT/ISWAP elements across the Northeast theatre of operation.

He posited that, “During the period under review, troops’ encounters with the criminal elements resulted in the destruction of their structures and equipment, as well as the capture of arms and ammunition. Our gallant troops also rescued some hostages with some criminal elements surrendering to the troops.”

The Coordinator disclosed that the ground troops of Operation Lafiya Dole had no fewer than 17 encounters with the BHT/ISWAP criminals in the Northeast theatre of operation.

These encounters he further revealed resulted in the killing of 75 BHT/ISWAP fighters, capture of large arms and ammunition, as well as vehicles and equipment.

He noted that also recorded were the capture of some criminal elements and spies as well as recue of 35 BHT captives, while 4 of their fighters surrendered to our troops.

General Enenche said, “Between 2 and 3 June 2020, the Air Task Force of Operation Lafiya Dole conducted comprehensive precision strikes, to mark the launching of its subsidiary Operation Long Reach II on the fringes of the Sambisa Forest in Borno State. The massive air strikes resulted in the obliteration of BHT structures used as meeting venue at Mainyakare Village on the fringes of Sambisa Forest. In the process, several of their fighters were neutralized. More of these criminal elements were also killed and their logistics facilities destroyed in devastating air strikes executed at Mina along the Gulumba Gana-Kumshe Axis in the Northern part of Borno State. Furthermore, 17 BHT/ISWAP criminals were killed by troops of 25 Task Force Brigade on 7 July 2020”.

He however averred that a total of 92 enemies of the country were killed in the Northeast theatre of Operations within the period under review.

The Spokesperson of Nigerian Military posited that it is clear that, troops of the Armed Forces of Nigeria are resolute in their endeavour to end the BHT/ISWAP menace in the North East.

General Enenche also highlighted the remarkable exploit of troops involved in the anti banditry Operations in Northwest and North Central Zones, saying, “In continuation of intensive clearance operation in the Northwest, troops of Operation Hadarin Daji have continued to record tremendous successes against the bandits”.

He said that within the period under review, troops killed 58 armed bandits in Katsina and Zamfara States with others escaping with gunshot wounds, noting that 3 repentant bandits embraced peace and surrendered to the troops with their arms and ammunition, in addition, 367 cows and 184 sheep rustled by criminals, were recovered.

On additional effort been made to crumble the inglorious industry of terrorism, armed banditry and growing criminal empire across the federation, particularly in the north, General Enenche said that as part of efforts to mitigate the current spate of banditry, kidnapping, cattle rustling and other activities of criminal elements in the Northwest Zone, the Chief of Army Staff Lieutenant General Tukur Yusufu Burutai launched subsidiary Operation Sahel Sanity under Operation Hadarin Daji.

He nevertheless hypothesized that these successes recorded within the period is evident of the troops determination, resilience and commitment to end the security challenges bedeviling the Northwest Zone stressing, that a total of 104 bandits were killed in the zone within the period under review.

He further explained that troops of Operations Safe Haven conducted several ambushes, raids, clearance patrols and air operations at various locations within the zone which resulted in appreciable successes within the period.

General Enenche was not also silent on its non-kinetic approach to improve Civil-Military Cooperation (CIMIC) under Operation Safe Haven so as to harvest credible intelligence that could lead to dismantling criminal structures and network within its areas of responsibility, with the view to denying them freedom of action.

He disclosed that the theatre command has completed the drilling of boreholes in Nkindero and Fulani settlements in Bassa LGA of Plateau State, adding that this general security situation applies to all the states within the North Central Zone.

Summarizing the recorded successes of Nigerian Military in the ongoing intensive operations in the North Central Zone, the Coordinator said that peace is gradually returning to the troubled locations while the confidence of the local populace is being enhanced.

He posited that farmers are gradually returning to their farms as a result of troops’ patrols in the hinterlands to deny armed herdsmen, rustlers and other criminals freedom of action.

While, explaining that their efforts are not just aimed at restoring peace in the troubled zones, but to also force economic saboteurs in the Niger Delta region out of business.

These significant feats he averred were recorded in Opumami community and Opuedebubor Creek in Warri South LGA of Delta State as well Mejikiri, Buguma in Asari Toru LGA of Rivers State.

According to him, “During the operations, a total of 17 IRS were deactivated at Agor-Illa Warri southwest LGA while 30,000 litres of illegally refined AGO and 125.7 barrels of stolen crude oil were impounded. In another development, on 2 Jul 20, Forward Operating Base Escravos took custody of Tug Gulf Eagle with 10 crew from Nigerian Navy Ship Bomadi. The vessel was arrested by Nigerian Navy Ship Bomadi off Ramos River Entrance for operating without her Automatic Identification System. At the time of arrest, the vessel had 125,000 litres of AGO. The vessel was subsequently moved to NNS Delta for further investigation.

The Military High Command he said uses this medium to appreciate and applaud all the gallant troops of the Armed Forces and personnel of other security agencies involved in various operations across the country for their commitment and professionalism.

This is as it also encouraged troops and personnel of other security to remain resolute and decisive in curtailing the activities of terrorists, armed bandits and other criminals across the country.

The High Command of the Armed Forces he concluded also reassures the public of its commitment to securing the country for all human activities to strive, enjoining citizens to continue to provide timely information on the activities of criminals in their various localities to the nearest military and other security agencies for prompt action.

With these achieved operations, inside Defence sources maintained that the General Gabriel Olanisakin led Armed Forces will not flinch but you ensure that the full weight of the entire armes forces acting in total synergy is brought in sworn enemies of the Nigeria State.

It is instructive that lots of commentators, observers and advocacy groups have applauded the Nigeria Military for their achievements especially by in combatting crime, insurgency and other forms of criminalty in the country.

A serving Air Vice Marshall in the Nigeria Air Force who had participated in air interdiction excercise in the Northeast commended the Military high command for the remarkable successes in the various theater of war say in that ongoing operations against in the Northeast and banditry in the Northwest and the Northcentral regions of the country would soon end with the President Buhari’s recent charge to the armed forces and the credible performance of the men at the war front.

He said: “Nigerians should despair, they may at be fully involved in the fight and not leave the war to the Military alone.

“It is remarkable that our forces are still fighting and winning amidst the he COVID-19 pandemic. Boko Haram was defeated until ISWAP waded in, but we know we are on the last lap especially as the entire nation is fully behind our Military.”

SCREENING OF CANDIDATES INTO THE NIGERIA POLICE FORCE