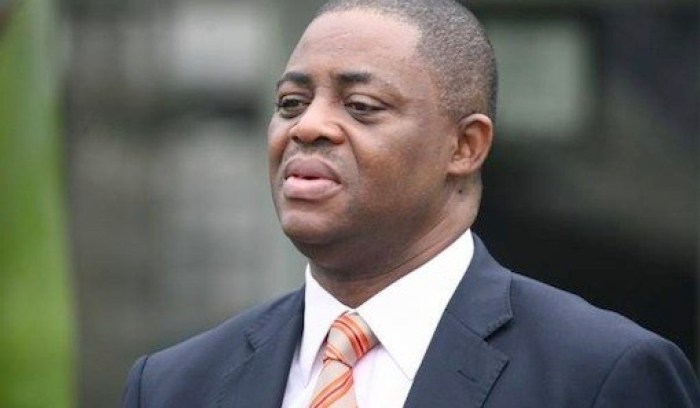 iexclusive News Nigeria reports that Femi Fani-Kayode, former Aviation Minister, has condemned the National Leader of the All Progressives Congress, Bola Ahmed Tinubu over his statement on the shooting of unarmed #ENDSARS protesters in Lagos.

Tinubu, during an interview with journalists after a visit to the Lagos State Governor, Babajide Sanwo-Olu, said that the protesters had questions to answer in regards to the shooting.

Reacting to the statement, Fani-Kayode in a Facebook post on Sunday, condemned Tinubu and said his presidential ambition will never materialise.

“The latest episode in your catalogue of atrocities is that children that were protesting peacefully and asking for #EndSARS and an end to police brutality have been slaughtered at Lekki Toll Gate in Lagos under your watch as National Leader of the APC.

“Sadly, instead of exhibiting any remorse or displaying any regret for this abominable atrocity, with a sheepish smile and a sneering and jocular tone, you had the sheer nerve and effrontery to say nothing other than that you are still the Asiwaju of Lagos and the Jagaban?

“Yet, what was even worse than this and what shocked and astounded all right-thinking people all the more was that you had the temerity to go on even further to say that the ‘casualties at the Lekki shooting have some questions to answer!’

“How cruel can you be? Not a word of condolence or expression of commiseration to the families of the dead but instead you offered stupid questions and baseless accusations against their wards and children who were butchered in the most brutal circumstances and heartless manner.

“You only harbour love, which borders on obsession, for your vain and lofty ambition to rule Nigeria and trust me when I tell you that this will never happen,” the post read.