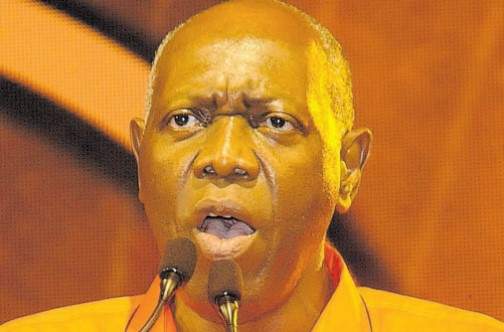 VETERAN dental surgeon Dr Fenton Ferguson has confirmed that the general election of September 3 will be the last time he contests the St Thomas Eastern seat.

In an interview with the Jamaica Observer, Dr Ferguson said if successful on Thursday, it will be his final term as MP as he has run a good race and it is time to pass the baton.

“I believe I would have given my best years to St Thomas and I don’t see any further justification…I believe at the end of this period we will be able to hand over to someone who would be getting a St Thomas to continue the vision and mission and continue to build on capital,” Dr Ferguson told the Sunday Observer.

Dr Ferguson, though born and raised in St Andrew, said he regards himself as a St Thomas man, having given over 40 years of his life to the parish, 27 as MP.

“For the first 11 years I was working everywhere in St Thomas as the only dental surgeon in the parish. So, I see myself as a St Thomas man — born in St Andrew — but I spent all my working life in St Thomas. I have grown up here. When I came here I had a full head of hair, I got bald during the years of serving in St Thomas. It has a been a good period. I love politics,” Dr Ferguson said.

Before dedicating close to three decades of his life to representational politics, Dr Ferguson said he ensured he built a stable career that would result in him having a good foundation, lest people believed he was in it for personal gain.

“When I left active practise, I was seeing over 40 patients a day as a dentist. Sometimes people see politicians or those entering politics as someone coming to take away the people’s things or to enrich yourself in a particular way. Before politics I was an aggressive investor – myself, another of my doctor friends, we owned land, we did subdivisions. Since entering politics much of that I have sold… disposed of. It is a painful thing and many people believe that all politicians are just common thieves just looking out for themselves,” Dr Ferguson said.

Further, Dr Ferguson said people deserve honest leaders and for the final time on September 3, he will show the people of St Thomas Eastern that good governance and integrity gets the work done.

“I believe that where we [St Thomas Eastern] are now, I can tell you, if the people of Eastern St Thomas as they have done in the past do it again on Thursday, I am saying to them that they will not regret it. I have dedicated my life to the people of St Thomas. My plan goes beyond the boundaries of Eastern St Thomas. I know at this point St Thomas is in a better place than I found it. This last term is one that will put the icing on the cake in terms of having persons owning lands,” Dr Ferguson said.

With regards to succession, Dr Ferguson was tight-lipped saying that he does not want to pre-empt the process, but did share that he wants to see someone passionate about similar things as himself take the reins in the next four or five years.

“I would love to see someone who has an appetite for education. It is a big thing for nation-building, for parish building. St Thomas was the last parish to have got a high school in 1961. Thank God we have six high schools now, more than any parish which would have had high schools early. Education is so big for me; I would love to see somebody who has that kind of appetite along with infrastructure, big ideas along with other things, but also coming to the table with a fresh eye and picking up on new visions [and] new paradigm in terms of technology. New paradigms in terms of preparing the 21st-century man. I believe with the educational training and development, with the Southern Coastal Highway, with the tourism development plan, I believe we will be in a position to be better with any body coming after me,” Dr Ferguson said.

But, whether they are from St Thomas or elsewhere, Dr Ferguson wants to be sure they have the right foundation before entering politics, as it is a full-time occupation that requires dedication.

Moreover, Dr Ferguson has maintained his dental practice and has plans to expand and create opportunities for dentists fresh out of university when he bows out of representational politics.

“As difficult as it is I still go to my office. I still keep my hand going. My practice closes only on a Thursday and a Sunday, but we have dentists, nurses, technicians – everything and that is what has helped me too in my own financial standing, relative to being a MP. I intend on setting up additional practices. I have an area in Kingston that used to be a practice, I have rented it out but I am looking to expand and set up a practice. You have dentists coming out of the UWI [University of the West Indies] and UTech [University of Technology, Jamaica] who are in need of working in private practice before they contemplate setting up their own practice. I am trying and looking at that niche area in that next term going into my final period,” Dr Ferguson said.

Following representational politics, the man dubbed the six-star general also intends to write an autobiography and work with a non-profit organisation on tobacco advocacy continuing on the smoking ban he implemented as health minister in 2013.

“What we need to see now is compliance. The police need to act on persons still smoking in public spaces without regard for the law. I feel strongly about it. As minister of health I was invited to Harvard School of Public Health to round-table talks, I was invited in 2015 to World Heart Federation, Mexico, to make a presentation to the Jamaican experience relative to the tobacco legislation, and I maintained by relationship with the director of PAHO Dr Carissa Etienne. There are things to do,” he said