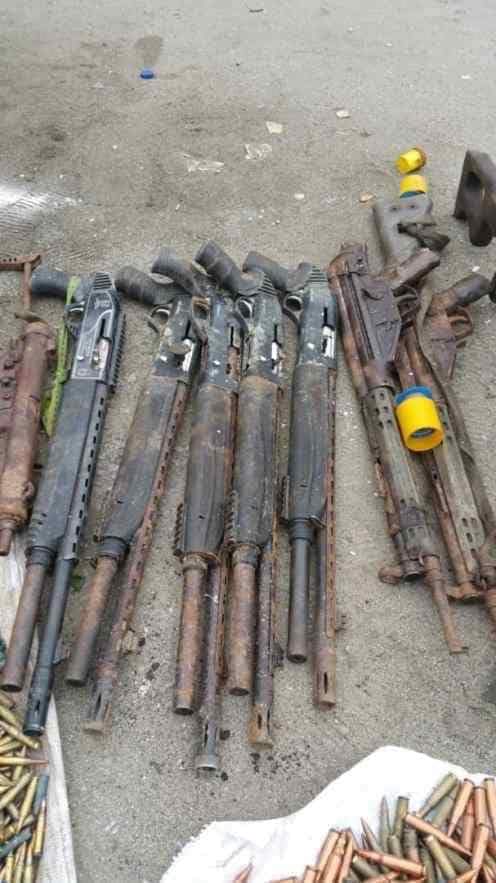 THE availability of small arms in large quantities in Zamfara State is partly as a result of the exchange of arms for gold, Governor Bello Matawalle said on Tuesday.

According to him, this action by foreigners dealing in illegal gold mining has escalated the proliferation of arms and ammunition in the state.

Bandits’ activities are prevalent in Zamfara and other states in the Northwest.

The governor spoke after a meeting with President Muhammadu Buhari at his residence at the State House, Abuja on Monday.

Matawalle said he visited the President to seek his advice and help to tackle the menace of illegal gold mining and insecurity in the state.

enter the state “to buy gold and other precious stones and sometimes, instead of paying people (with money), they pay back with arms. I did some investigations.”

He, however, noted that with the recently launched Presidential Artisanal Gold Mining Development Initiative (PAGMDI), the state and Federal Government would curb illegal gold mining as well as the security implications.

“I came to brief him about the so many issues that are worrying my state, particularly the issue of illegal mining that is taking place everyday. Like three days ago, we discovered large deposit of gold in a part of our state, where the locals are trooping to in thousands to do illegal mining.

“So, I came to seek his advice on how best we are going to tackle the issue of illegal mining, which we discussed and he gave me all the support and in a few days, people of Zamfara will see a lot of changes, especially in the mining sector.

“First, we want to strengthen local miners, identify them and make them form something like a Cooperative Society so that they can be benefiting from mining. The President understood our plight and we now have PAGMDI. It is already operational in some states.

“Zamfara State is going to benefit from this PAGMI programme very soon. When I go back, we will set up a committee on PAGMDI so that they can go round and the government and CBN will be buying from us directly. It is better they are selling it very cheap in the mining areas, the federal government, CBN and state can come in and be buying from this small scale miners

“It is very important to us as a government, particularly the issue of insecurity, to know the root cause of insecurity. Zamfara state is blessed with many minerals resources and

The governor said the President is happy with the initiatives of his government.

“We now have gold refinery in the state, which is mounted in Baka Lori Dam. Another equipment is coming. We want to make Zamfara a model in terms of solid minerals and I assure the people of the state that within two to three months, we will go into full scale mining”, he added.

On security, he said the situation in the state had been brought under control, adding that calls for the sack of service chiefs in recent times were unnecessary.

According to him, rather than calling for sack of service chiefs, state governments and Nigerians should work with them.

“As you must have been hearing before, now the narration has changed, you won’t be hearing of mass killings in the state because security men are doing their best.

“I advised the President that rather than calling for the sack of the security chiefs, people should think of the best way to support them to perform better instead of sacking them. Even if you sack them, you are bringing other ones, Let us use the ones that we have.

”We have more than 3,000 policemen going round to protect the mining sites. We have the security, It’s just for us as leaders to support them. I believe we will see a lot of changes in terms of security in this country”, he said.

Matawalle said the President advised him to “look for serious investors that will come to the state, urging us to liaise with South African and Russian mining companies to achieve much more.

“I assure you, within a limited period time, once the ban is lifted, I will travel to South Africa to see some companies and make some assessments and they will come back with me to see what Zamfara has. He also advised me to see a lot of people. He gave me a fatherly advice and I am happy with the advice he gave me”