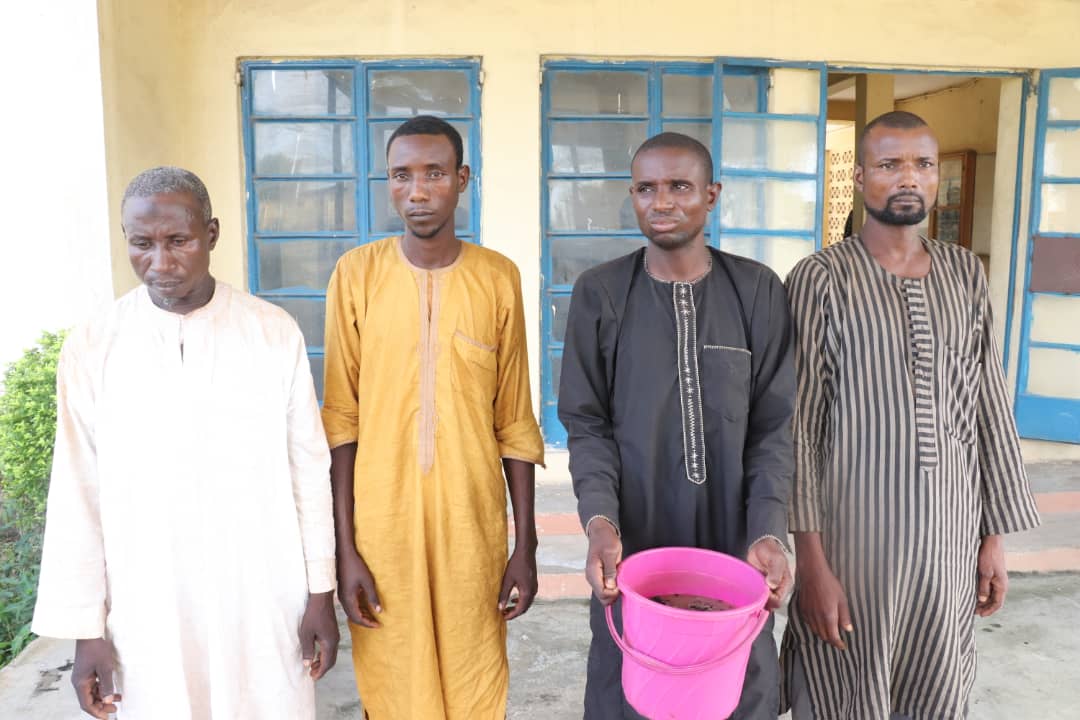 Four ‘ritualists’ are currently in the police net in Niger State for allegedly exhuming and severing a human head at the cost of N2 million in Mashegu Local Government Area of the state.

IexclusiveNews gathered that the four suspected ritualists exhumed a corpse and removed the head last week Saturday at a graveyard via Ibbi village in Mashegu council.

It was also gathered that they were contracted by two persons in the area for the head but ran out of luck as the long hand of the law caught up with them.

Confirming the development, the state Police Public Relations Officer, PPRO, ASP. Wasiu Abiodun, in Minna, said the four suspected to be ritualists were arrested by the police in Mashegu area with the human head.

The state PPRO explained that the suspects were arrested the same day after carrying out the act.

“During interrogation, the four confessed to the crime that they were contracted to get the human head for a sum of two million naira (#2,000,000.00k) by one Nasiru ‘m’ of Koko Kebbi State and one Muhammadu of Sabon Pegi currently at large.”

Abiodun stated that the case is currently under investigation and effort to arrest the fleeing suspects is ongoing.

He added that the arrested suspects will be charged to court as soon as investigation is concluded.