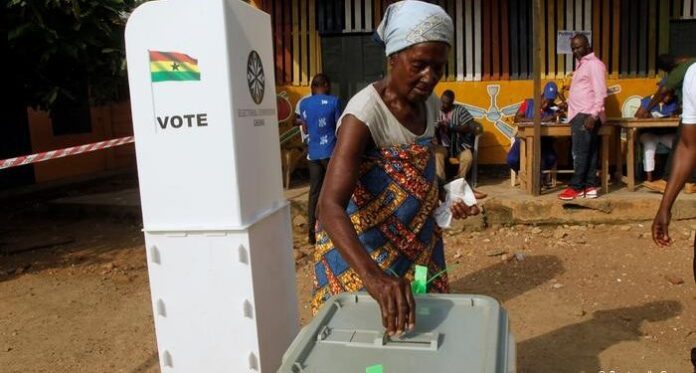 iexclusive News Nigeria reports that a new President is to emerge in Ghana in an election termed “battle from two giants”.

Ghana is preparing to elect a president on Dec. 7, in a race dubbed the “battle of two giants.”, WEST African gold producer reports.

This will be the third time the gentlemen will compete against each other. Akufo-Addo in 2016 and Mahama in 2012 for the highest office, with each previously having won one poll

Although 12 candidates are vying for the presidency, including two women, only Akufo-Addo and Mahama are said to have a chance of coming out victorious.

The electoral campaign has been dominated by Ghana’s economy, infrastructure development, education, corruption, and debt relief.

Akufo-Addo, 76, has been touting economic growth during his current four-year term in office as well as the streamlining of government services and implementation of free schooling for senior high school pupils.

Mahama, 62, has meanwhile stressed the many infrastructure projects, including roads, bridges, schools and hospitals, he realised during his presidency, promising do invest more in this area if re-elected.

Political analysts of the University of Ghana in the capital, Accra, predicted that the chances of Akufo-Addo to win is slim in the December elections.

A candidate needs to gain at least 50 per cent of votes to be elected in the first round.

The saying making round says Akufo-Addo’s NPP is expected to once again, gain the majority of seats in parliament.

The electoral commission is expected to announce results within 72 hours after the election have taken place.

Trailer Driver Crushed To Death By His Truck In Owerri

Let Igbo Go If You Don’t Like Us – Amaechi