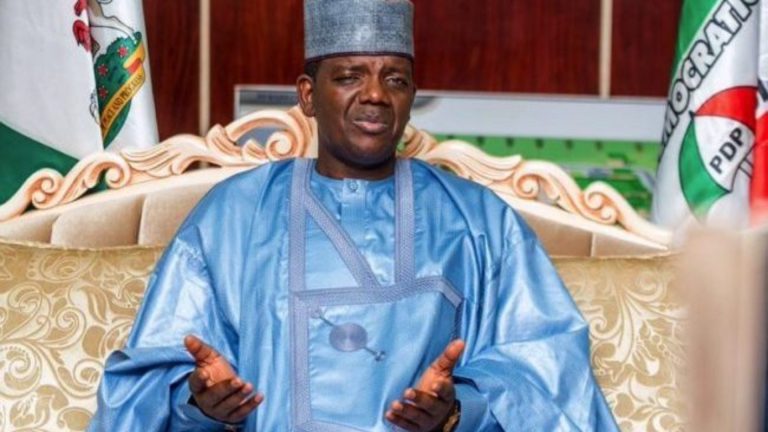 The Executive Governor of Zamfara State, Bello Matawalle has declared that nothing will distract him from making education, one of the major priorities of his government. The Governor made this revelation to newsmen in Gusau the state capital over the weekend.

Matawalle recalled that it was obvious that the rural areas and nomadic settlements had been relegated educationally and economically and this situation created an avenue for high rate of crimes. This informed the government’s decision to provide schools, clinics and earth dams in the rural areas: Which eventually led to the idea of Rural Grazing Areas (RUGA) as one of the solutions.

Matawalle said that he saw the need not to use unnecessary force only in battling crimes in the state but by also providing schools and upgrade of education to engage the youths positively.  “We took schools to the nomadic Fulani settlements and to boost the morale of the teachers across the state, my government as far back as September last year, approved the promotion of 6709 primary school teachers who have 5 to 7 years unsettled backlogs of promotion and this singular factor, encouraged the teachers to work more delicately in their various schools. Also, my government saw the need to reinstates 556 teachers who were employed but dumped by the previous administration.”

The Governor went further to state that his government awarded contracts for the construction of 613 primary school classrooms across the state and the renovation of 342 others, equipping them with 14810 desks and chairs, 962 desks for staff and modern ICT centers. And this has been a continuous project, with the sum of 4.5 billion earmarked for the project: And an additional procurement of 2000 mattresses for GGUSS Kotorkoshi along with the fencing and renovation of the school.

“It is my pleasure to inform you that on a visit to TETFund with other officials of my government, we secured one billion naira Intervention for Abdu Gusau Polytechnic, Talata Mafara and we did the enlistment of ZAMSU. In the same vein, we have kick-started UBE pilot scheme for the construction of International Standard Primary School in Maradun. We want to see education making a difference in this state and that is why my government has sponsored 200 indigenes of Zamfara state  students  for undergraduate studies in Engineering, Medical sciences  and other courses in India, Cyprus, Sudan and so on. We shall not relent in our effort to improve the standard of education in our state,” he added.

LAUTECH Student Who Was Filmed Acting Strange In Ado-Ekiti Reacts