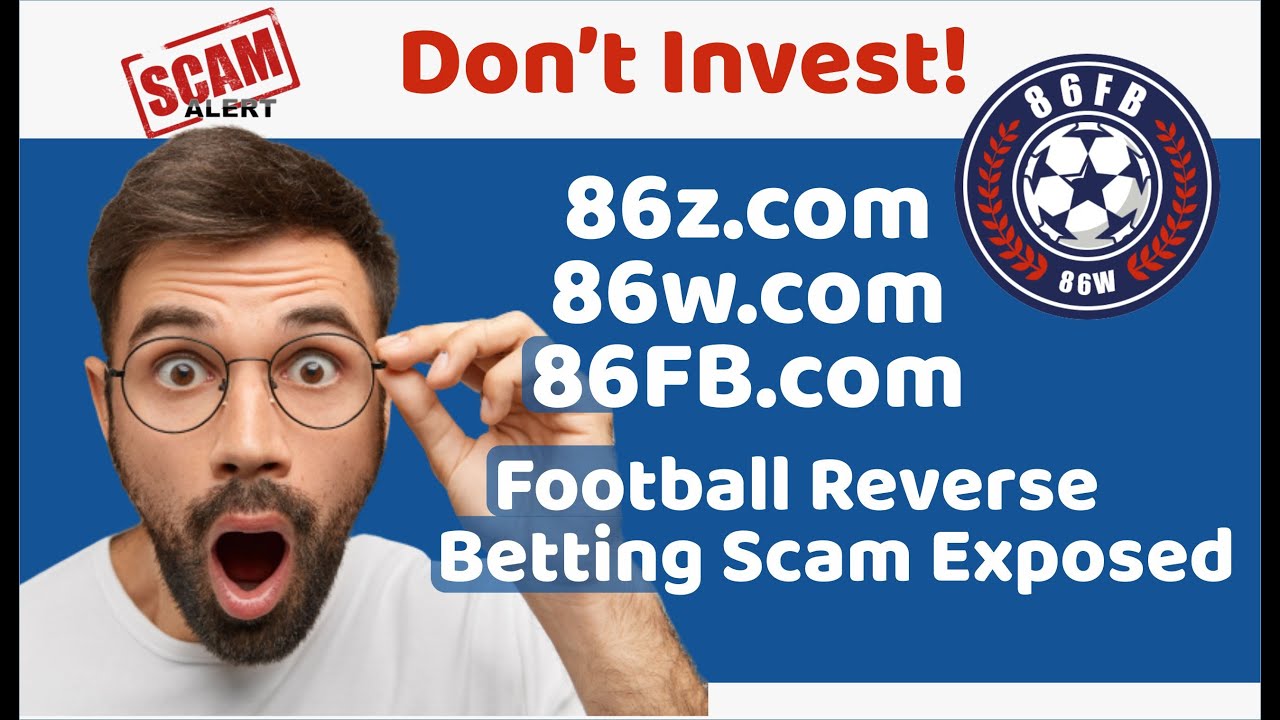 86FB Football Investment Platform has Crashed with Nigerians lamenting over the Ponzi scheme.

iexclusivenews reports that an investment platform that claims it focuses on football and works with William Hill.

A global online gambling company based in London, England. To integrate probability and statistics, 86FB or known as 86FB football, has crashed.

This online news outlet understands that 86FB football crash is coming after a number of high-profile Ponzi investments have crashed in Nigeria in recent times.

iexclusivenews Nigeria recalls that the Economic and Financial Crime Commission (EFCC) recently announced it is set to arrest four Ponzi scheme operators across Nigeria within the next few weeks.

“We are coming for the operators in a matter of few weeks and most of them operate largely in Lagos but reside outside the commercial hub of the nation.

They believe they are smart but the Eagle is watching and they will be charged to court in a matter of days.

“These fraudsters have reaped several Nigerians off their hard-earned money while others have lost their lives due to the shock they got when they realised they have been swindled. We have also observed that a lot of the Ponzi schemes thrive, especially during a recession or economic hardship, but we will also choke them as they are only out to entice Nigerians with some fixed returns only to disappear in a few months or years,” EFCC source said.

What Is 86fb Football Investment Platform?

iexclusivenews reports that the 86Fb football investment platform claims it “Focuses on football and works with William Hill to integrate probability and statistics. Calculations, mathematics and other principles make competitive football not only a game, but also a high level comparable to funds and stocks.

Some of its agents also claim it runs a reverse betting site investors can earn 3% of their capital daily (90% monthly ROI), if they play the game plan provided by the team.

A Possible Crash Of The Ponzi Scheme: 86Fb Football

All of 86Fb’s promises of lucrative investment returns sounded too good to be true, since some Nigerians have been warning investors for weeks about the possibility of the football investment scam collapsing.

Last week, a Twitter user @iamjonado warned that was a ticking time bomb. He tweeted, “86Fb or 86 FOOTBALL like y’all know it is a big-time BOMB.

“The “makedup” Ponzi scheme in form of investment has found its way through Whatsapp groups, telegram, Facebook and even Twitter has been greeted with the emergence of a sudden high paying investment platform” he wrote.

I did some background details investigation on the company and owners

86fb as dubbed to be the official platform name or should I say the parent company of 86z and 86w.

The investment company claims to be owned by City Football Group (owners of Manchester City Football Club), but according to the Twitter user

“None has any link with “86Fb” or 86FOOTBALL TECHNOLOGY LIMITED which is their registered name with the Nigerian corporate affairs commission. I went as far as searching on all the “City football Group” subsidiary companies, from the data I gathered, they only have 6!”

administers association of football clubs.
From my research, “City Football group” is owned by 3 organisations of which 78% is majority owned by the Abu Dhabi United Group, 10% by the American firm Silver Lake and 12% by Chinese firms China Media Capital and CITIC Capital. pic.twitter.com/goQau0ACF1

Late Monday, other users began warning of its eventual crash. @cj_okay_01 said, “86fb don crash Nigerians please can we all agree that any platform that pays you for doing nothing is scam You do the math. Even if it’s N100 to get N150. Nobody will give you money for doing nothing The earlier you learn a real skill The better for you”

@Mazipita said: “Chinmark failed and eloped with people’s money, some people still invested their money in 86FB ponzi scheme which has failed too. Some of us deserve what we are getting for being foolish”

Nigerians have been warned to be wary of such programs, claiming that any platform that pays you for doing nothing is a scam and a Ponzi scheme.

86FB or 86Z has reportedly crashed.

Now let's be aware that any platform that pays you for doing nothing is a scam.
They are called Ponzi schemes.

Instead of investing your money in such platforms.
Why don't you start an online business?

The football investment website is trending on social media today, with people claiming that the system may have failed, putting the money of investors at danger. Investors stormed the platform’s office, demanding a refund of their funds, according to videos.

What You Need Know About Ponzi Schemes In Nigeria

Nigerians have recently been exposed to an increase in Ponzi scheme cases, which are common amid economic downturns.

The Securities and Exchange Commission (SEC) is concerned about the revival of Ponzi schemes and illicit fund managers in the financial sector of the country.

The commission had previously issued a warning to investors and stakeholders about the actions of several illegal/unlicensed market operators. And promoters of fraudulent schemes, listing 12 fraudulent Ponzi schemes with fake investment and return claims.

The SEC had also read the riot book. Vowing to crack down on illicit capital market operators.

Particularly Ponzi Scheme operators. Since the agency has highlighted their operations as a major concern for the economy and the country in general.

How To Report Polaris Bank To CBN