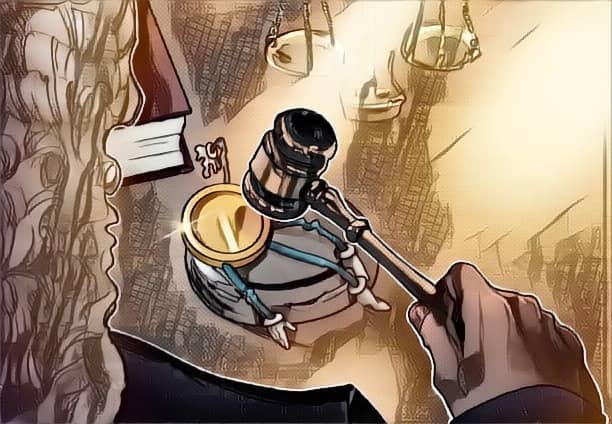 iexclusivenews reports that in relation to its recent judgement on a digital currency-based car sale in May 2019.

At the time, the customer, named as Mr. Huang, signed a sales contract with an undisclosed Shanghai vehicle dealership.

This online news outlet understands that the vendor was required to deliver the car to Huang within three months of signing the deal.

Mr. Huang paid 1,281 UNIH on the day of the contract signing. But did not get the car within the given time frame or later, according to the Shanghai Fengxian Court.

As a result, Mr. Huang filed a lawsuit against the seller. Requesting the vehicle’s delivery as well as 0.66 percent daily interest on the transaction value. In damages for each day the car remained undeliverable above the original deadline.

iexclusivenews Nigeria reports that the lawsuit took more than three years to reach a conclusion, which was achieved in June.

The Shanghai Fengxian Court, citing September 2017 regulations that evolved into what is now known as China’s cryptocurrency ban.

Stated that digital assets “cannot and should not be used as a currency for circulation in the markets.”

And that using digital tokens like UNIH in place of fiat money as consideration in everyday contracts. Was a violation of respective regulation that overrides such contracts themselves.

As a result, the sales contract was declared null and void. Damages, delivery of the car, and a refund of his 1,281 UNIH were all denied to the buyer.

It’s unclear how the seller came to agree to the initial contract’s conversion rate of 1 UNIH = CNY 320 in the first place.

Unihash was allegedly a digital payment token designed for e-commerce in 2018, but it was only offered to private investors, with no public ICO.

Shortly after its launch, complaints arose on Chinese social media, accusing the project of being a “scam” And alleging that its token metrics, as well as the company’s history, had been drastically overstated in order to attract investors.

The project currently looks to be dormant, with no social media links, no market listing, and no additional development effort.

Furthermore, the company behind UNIH failed to meet any of the objectives outlined in its original whitepaper.

“What may be confirmed is that the Unihash token will debut on numerous exchanges by Q4 2019,” according to one promise made to investors in the letter.