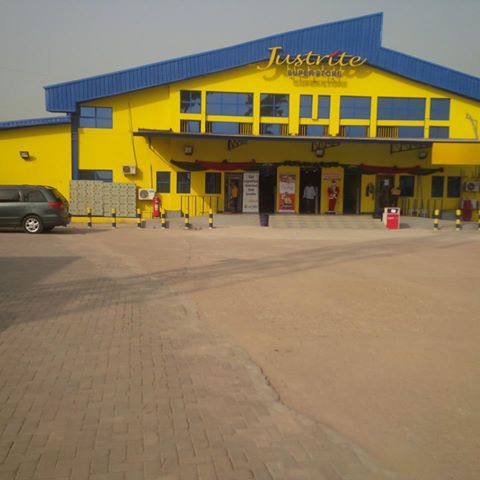 Doctors at Westcare Hospital, Ejigbo area of Lagos are battling to save the life of a 32-year old man, Olarewaju Olushola, who was brutally battered by the security guards attached to the popular Justrite Superstore over parking space at the premises and he slipped into coma.

P.M.EXPRESS reports that the assault may have caused some damaged to his brain as a result of beating allegedly ordered by the management of the company located at Jakande Estate, Ejigbo area of Lagos.

The victim, Olushola, was said to have collapsed and slipped into coma after three security guards, who were said to have been trained in marshal art, descended on him, inflicted injury on his neck, which also affected his brain and other parts of his body in the process.

The Oyo State born Olushola, met his fate after he went to the superstore from his Ijegun home with three of his friends to buy some items and wanted to park the vehicle at the premises in order to enter the store.
He was said to have parked and one of the guards confronted him. He told the guard that he wanted to buy some items and leave whereas other vehicles, which their owners went to buy items parked there too. It led to exchange of words between him and the guard, who was said to have in rage reportedly attacked him while two other security guards joined him in the battering. Olushola collapsed before he was rushed to the hospital where he was admitted and undergoing treatment.

According to his relations, when he was rushed to the hospital, the doctors discovered that the assault affected his neck and brain and referred him for medical tests to ascertain the level of the damage.

The matter was reported to the Police at Ejigbo Division led by the DPO, CSP Olabisi Okuwobi, who ordered the management of the company to produce the suspects who had inflicted such injury on the victim, Olushola.

However, the company was said to have declined to produce the guards rather disengaged them to cover up the alleged crime they had committed.
When P.M.EXPRESS correspondent visited Justrite at Jakande Estate where the incident happened, the security guards insisted that the reporter will not see the manager and did not explain why they refused to produce the suspects before the Police.
The doctors were still battling to stabilise Olushola’s condition when P.M.EXPRESS reporter visited the hospital while the DPO could not be reached at the Ejigbo Station as she was said to have gone out for routine monitoring in the area.

Some of the customers, who saw what happened, wondered why the security guards would attack and inflict such injury on a customer who went to patronize them and many walked away from the store to avoid the same fate.