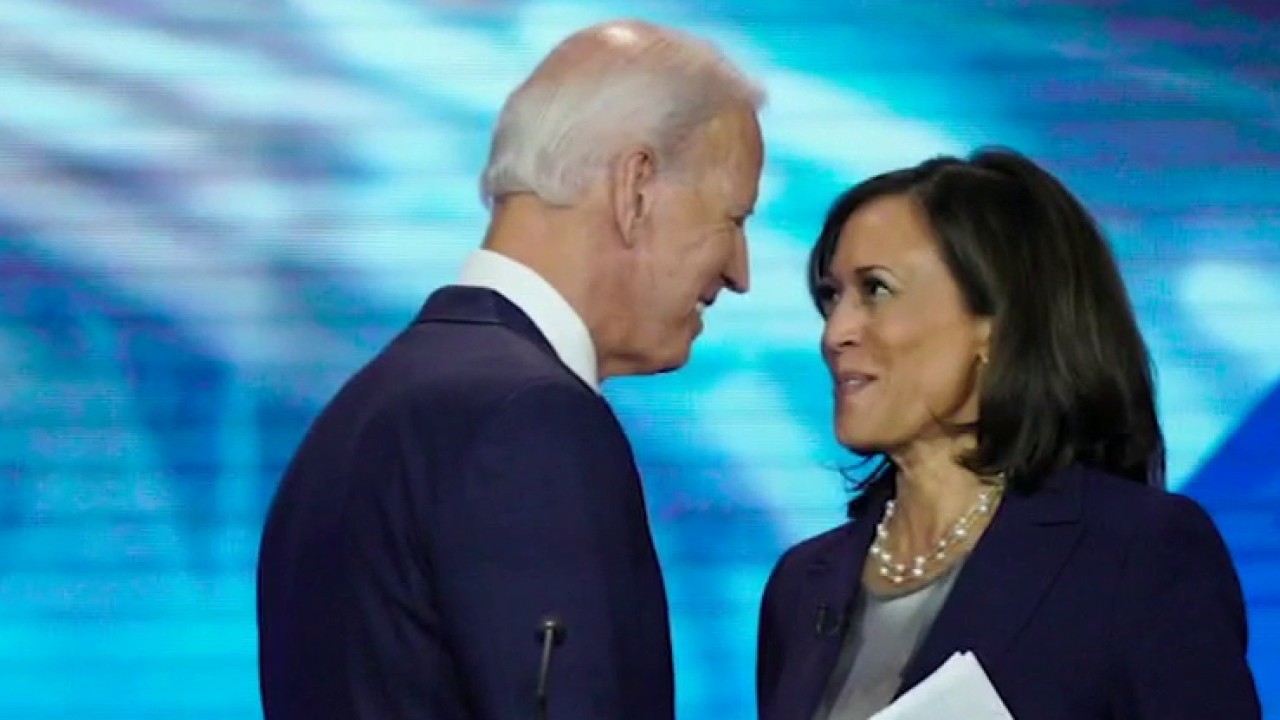 Biden announced that Harris, D-Calif., would be his running mate in a statement Tuesday, calling her “the best person” to challenge President Trump and Vice President Pence, and “to lead this nation.”

But just shortly after the announcement, Trump campaign senior adviser Katrina Pierson blasted the move, citing past clashes between Biden and Harris during the Democratic primary.

“Not long ago, Kamala Harris called Joe Biden a racist and asked for an apology she never received. Clearly, Phony Kamala will abandon her own morals, as well as try to bury her record as a prosecutor, in order to appease the anti-police extremists controlling the Democrat Party,” Pierson said.

“In her failed attempt at running for president, Kamala Harris gleefully embraced the left’s radical manifesto, calling for trillions of dollars in new taxes and backing Bernie Sanders’ government takeover of healthcare She is proof that Joe Biden is an empty shell being filled with the extreme agenda of the radicals on the left,” she continued. “Joe Biden is no moderate, and with Harris as his ‘political living will,’ he is surrendering control of our nation to the radical mob with promises to raise taxes, cut police funding, kill energy jobs, open our borders, and appease socialist dictators.”

She added: “At the ballot box, Americans will resoundingly reject the abysmal failures of Biden-Harris in favor of the America First strength of President Donald Trump and Vice President Mike Pence.”

“Kamala Harris ran for president by rushing to the radical left,” the ad said, noting she embraced Sanders’ plan for socialized medicine, called for “trillions in new taxes,” and attacked Biden for “racist policies.”

“Voters rejected Harris. They smartly spotted a phony,” the ad said. “But not Joe Biden. He’s not that smart.”

“Biden calls himself a transition candidate,” the ad continued. “He is handing over the reigns to Kamala while they jointly embrace the radical left.”

The ad concluded: “Slow Joe and Phony Kamala. Perfect together, wrong for America.”

The comments from the Trump campaign came just after Biden announced Harris as his pick for vice president.

“I’ve decided that Kamala Harris is the best person to help me take this fight to Donald Trump and Mike Pence and then to lead this nation starting in January 2021,” Biden said in an email to supporters Tuesday.

Biden also tweeted: “I have the great honor to announce that I’ve picked @KamalaHarris — a fearless fighter for the little guy, and one of the country’s finest public servants — as my running mate.”

He added: “Back when Kamala was Attorney General, she worked closely with Beau. I watched as they took on the big banks, lifted up working people, and protected women and kids from abuse. I was proud then, and I’m proud now to have her as my partner in this campaign.”

The decision comes after Biden and Harris publicly clashed in the primary campaign—notably when Harris drew sharp contrasts with the former vice president when she challenged him on the debate stage of his past resistance to federally mandated desegregation busing.

The pick shows a willingness from both Biden and Harris to move past their differences. The decision may have been tipped days earlier, when he was photographed with talking points saying of Harris that he does “not hold grudges” and has “great respect for her.”

The choice also fulfills a commitment the former vice president made in March to name a woman as running mate. Naming a Black woman at a time when issues of racial injustice are front-and-center also responds to signals from some circles in the party that such a choice could help build bridges with the Black community and increase Black voter turnout.

The timing gives Biden plenty of space to re-introduce her to voters ahead of this month’s scaled-back Democratic National Convention in Milwaukee, Wisconsin.

Meanwhile, Republican National Committee Chairwoman Ronna McDaniel blasted Biden’s pick, saying he “didn’t just select a vice-presidential candidate, he chose the person who would actually be in charge the next four years if he is somehow able to win.”

“Kamala Harris’ extreme positions, from raising taxes to abolishing private health insurance to comparing law enforcement officials to the KKK, show that the left-wing mob is controlling Biden’s candidacy, just like they would control him as president,” she continued. “These radical policies might be popular among liberals, but they are well outside the mainstream for most Americans.”

The RNC also said that Harris should expect “an unprecedented level of scrutiny and attention,” claiming she will “be seen as the president-in-waiting.”

How Malian protesters regroup to demand the resignation of President Keita

Husband of blue-eyed Kwara woman resurfaces, reveals he didn’t abandon his wife but her ‘waywardness’ made her unable to submit to him