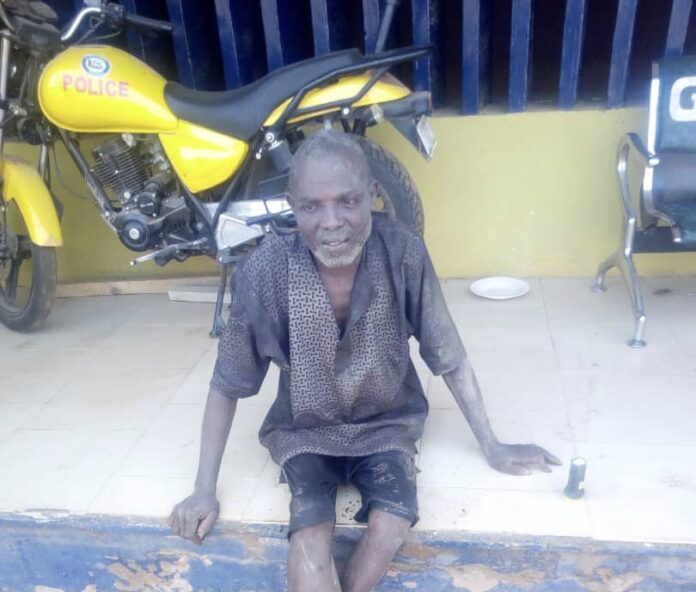 This online news medium gathered that the suspect was arrested following a report lodged at Ago Iwoye division that a man was seen with a bag suspected to contain stolen property, when he was challenged, he dropped the bag and ran into the bush.

However, the bush he ran into was combed and the suspect was apprehended.

The DPO Ago Iwoye, Paul Omiwole led his detectives to the scene where they opened the bag and discovered that it contained dry human parts.

He confessed to have committed the crime with one Lekan Bakare who is at large.

He also directed that the fleeing accomplice be hunted for and brought to justice.

Trailer Driver Crushed To Death By His Truck In Owerri

Let Igbo Go If You Don’t Like Us – Amaechi