iexclusive News Nigeria reports that renowned activist, Dr. Innocent Chukwuma, has passed away at the age of 55. 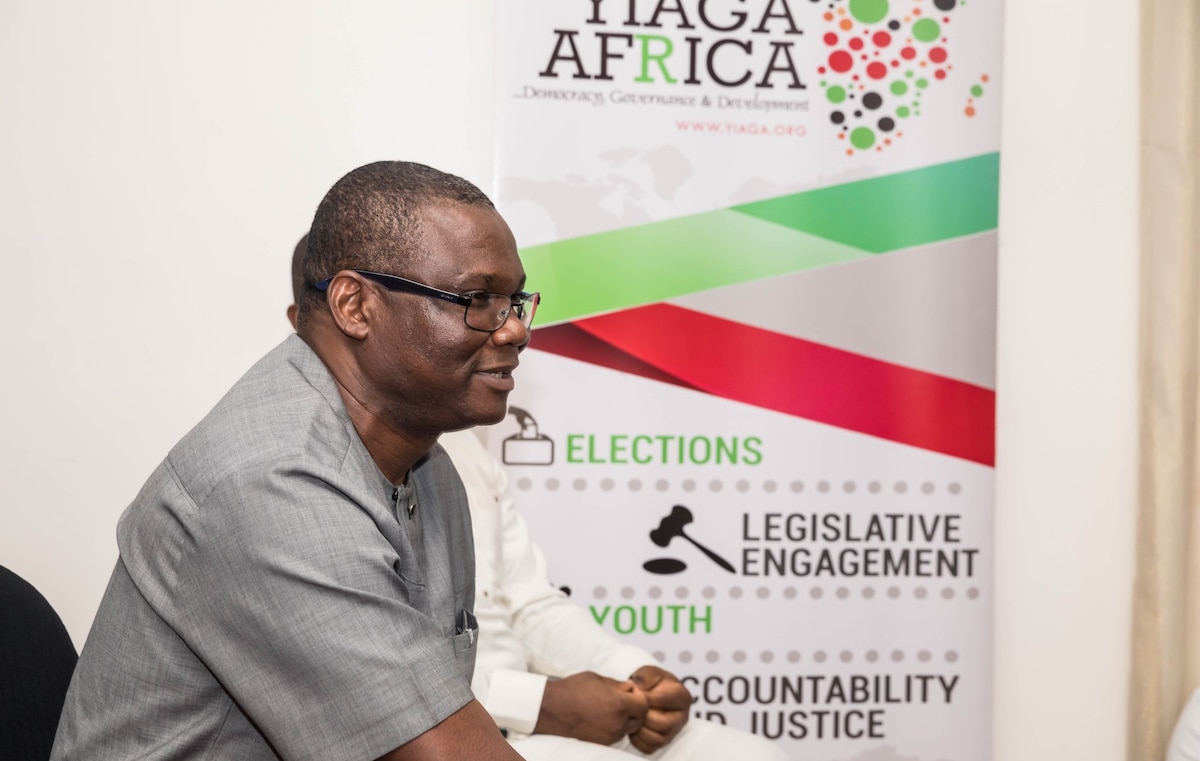 His wife,  Dr. Josephine Effa-Chukwuma, also an activist,  who leads the Project Alert on Violence Against Women, confirmed the development to iexclusivenews on Sunday.

This news is coming as the civil society and human rights community is still grappling with the death of Yinka Odumakin.

Chukwuma, who was 55 years old, passed away late on Saturday, April 3, 2021, after being diagnosed with Acute Myeloid Leukaemia, an aggressive cancer of the blood.

Innocent Chukwuma died of leukemia after a one-week relapse, his wife said.

Chukwuma, who was the Regional Director,  Ford Foundation, West Africa, began as a student union leader in the 1980s.

The deceased, who was passionate about police reforms, set up CLEEN Foundation in January 1998 with the mission of promoting public safety, security, and accessible justice through the strategies of empirical research, legislative advocacy, demonstration programs, and publications, in partnership with government, civil society, and the private sector

Chukwuma was among the biggest advocates for police reforms and helped champion the amendment of the Police Service Act last year.

His friend, Edetaen Ojo in a message said, “With profound shock and sadness, I regret to inform you that Innocent Chukwuma passed away a few hours ago, in the evening of April 3. May his soul rest in peace.”

A longtime associate, Professor Chidi Odinkalu said that he stood no chance by the time diagnosis came through, noting that the acute myeloid leukaemia, aggressive destroyer of blood and bone marrow, that claimed Mr Chukwuma’s life was diagnosed at end-stage.

Innocent Chukwuma, who died in a Lagos hospital was survived by his activist wife, Josephine and 3 children.

In a reaction to his death, the Governor of Ekiti State, Kayode Fayemi said, ‘’Still distraught from Yinka Odumakin’s demise, Bisi and I woke up to the most devastating shock of Innocent Chukwuma’s death. Inno was an outstanding colleague and friend from our days at the barricades. Our thoughts are with Josephine and the children. May he rest in peace.’’

Innocent Chukwuma left a broad mark of selflessness around the West African Civic Space after spending decades advancing the cause of a better society for the long-suffering population of the region.

After playing active roles as a political activist and community organizer against the brutal dictatorships of the 1980s and 90s, Mr Chukwuma later established the CLEEN Foundation in 1998, with the mission of promoting public safety, security, and accessible justice through the strategies of empirical research, legislative advocacy, demonstration programs, and publications, in partnership with government, civil society, and the private sector.

In 2012, Ford Foundation announced him as its lead in West Africa, resuming in 2013 and, over the period, he established a workable, decent and productive relationship with leading civic groups and government agencies across the region.

The Ford Foundation described Mr Chukwuma as the recipient of numerous honors, including the Reebok International Human Rights Award.

He was also cited as having served as visiting lecturer at Harvard’s Kennedy School of Government, where he designed and taught a course on the management of nonprofits in the Global South.