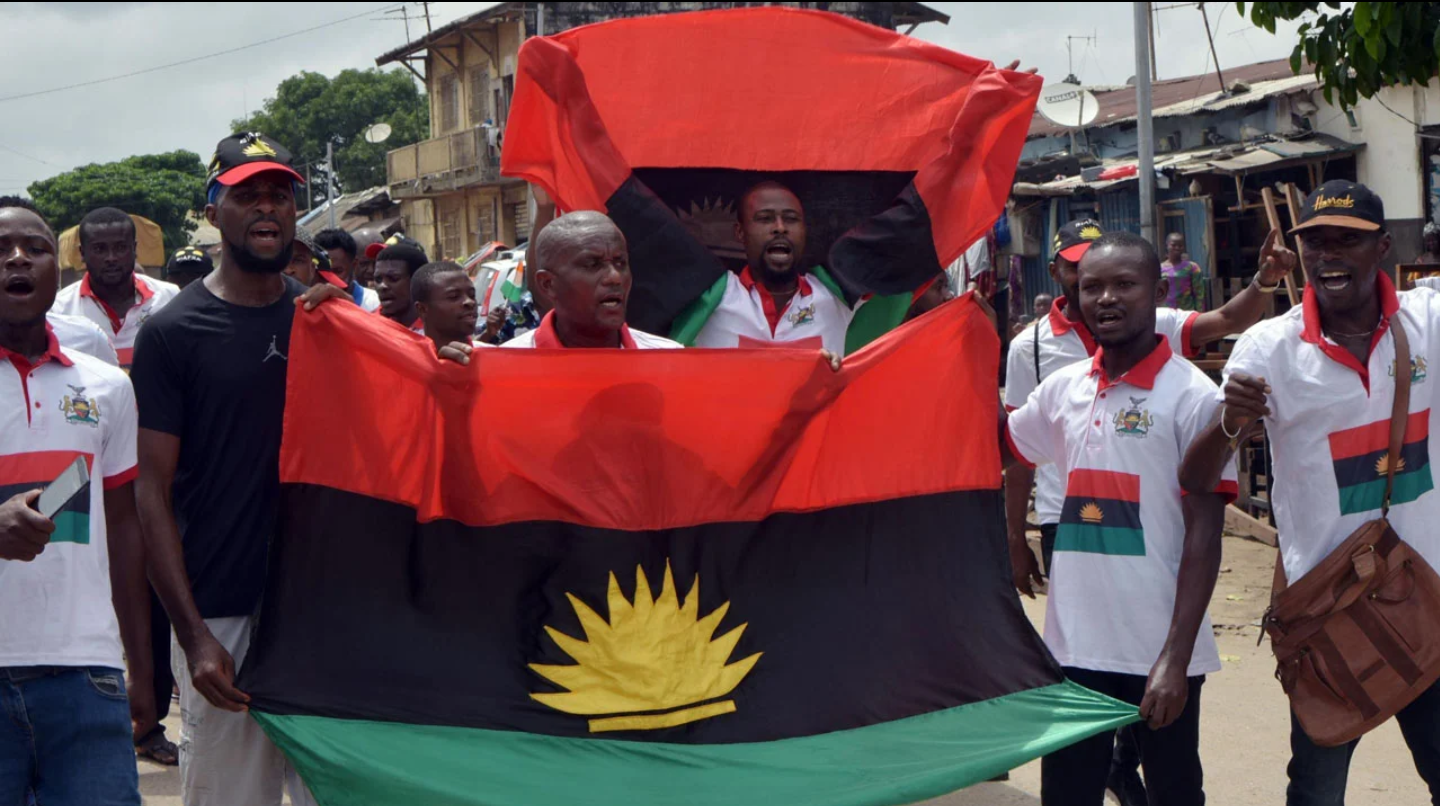 IPOB, the Indigenous People of Biafra, under the command of our indefatigable leader, Nnamdi Kanu, wish to tell Biafrans and friends of Biafrans that there will be no sit-at-home on Wednesday 19th and Thursday 20th January 2022.

“We wish to state emphatically that sit-at-home will only be observed on Tuesday 18th January, the first day our leader Mazi Nnamdi Kanu will appear in court in 2022. We have not ordered any sit-at-home after Tuesday 18th January. Anybody enforcing sit-at-home on Monday, 17th, Wednesday 19th, and Thursday 20th January is not a member of IPOB but a criminal and hoodlum working against the interest of our leader and out to rob people and therefore should be treated like a criminal.”

We the IPOB want to emphasize that there will not be any sit-at-home on Wednesday 19th and Thursday 20th January 2022.

IPOB stated that in keeping with our avowed solidarity with our leader, the entire Biafra land will be on lockdown only on Tuesday, January 18, 2022, for obvious reasons.

“Biafrans should understand that 19th January is the judgment day in the suit by our Leader Mazi Nnamdi Kanu against the Federal Government which is pending before an Umuahia High Court. So, there will be no sit-at-home on that day.

“Again, we don’t want to compound the pains of our people, hence, we will limit the sit-at-home to only January 18. Biafrans and residents of Biafra are free to go about their businesses without molestations on 19th and 20th January.

“Anybody found enforcing a non-existent Monday sit-at-home on 17th, 19th and 20th is a criminal and must be treated as such.

IPOB leadership has given an order and that order is what subsists.

“IPOB is not a village or social club where everybody will behave untowardly to people like cultists.

It is on the table and to the knowledge of IPOB leadership how some principal officers were encouraging evil in IPOB without minding the repercussions and consequences.

“However, we want to make it categorically clear and known to them that it will come back to him or her that encouraged evil against his or her fellow human beings.

“Nobody is expected to obstruct or interfere with either human or vehicular movements in those days under any guise.

Any detractor or agent of darkness caught obstructing people’s activities in Biafra land on January 19th and 20th in the name of enforcing sit-at-home will regret his or her actions, be warned.

“Therefore, we want all Biafrans to go on to their normal business on these days19th and 20th January 2022 without fear.

“For the umpteenth time, IPOB is under one central command and control and doesn’t have parallel or factional leadership.

The Directorate of State (DOS) under the command of our leader, Mazi Nnamdi Kanu is in charge of the global movement of IPOB.

“Anybody who is not loyal to its Directorate of States, DoS, is an impostor and should be disregarded.

We expect our people everywhere to adhere to this directive and refuse to be misled by sacked members of IPOB in Europe and America.”

Related Topics:BiafraIPOBNnamdi Kanu
Up Next