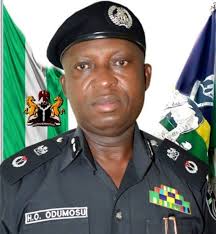 Lagos State Police Command has said no journalist was intentionally arrested at the Ojuelegba scene of the protest organized by the Socialist Party of Nigeria on Thursday in Lagos.

Responding to National Association of Online Security Reporters NAOSRE’s inquiry, Lagos Police Command’s spokesman, Superintendent Olumuyiwa Adejobi said “The men were picked alongside with some protesters and they were immediately released by the Commissioner when they produced their Identity Cards.

On Thursday, September 10, there were reports of unlawful arrest of four journalists who were covering the peaceful protest on the fuel price increase in Yaba, Lagos State.

The protest was organized by the Socialist Party of Nigeria.