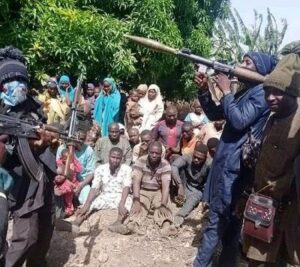 Residents have claimed a police station was few metres from the school were the bandits operated for over two hours.

A source, who spoke to under on conditions of anonymity, condemned police complacency as the bandits carry out the attack.

According to him, “The police station is just like two kilometers away from the school and the bandits operated for two hours in the school during that wee hour.”

The source lamented the dilapidation of the school’s structure which he noted was not conducive for a day school not to talk of a boarding school.

He said aside from the perimeter fence falling off, the hostel and the entire school was in a sorry state.