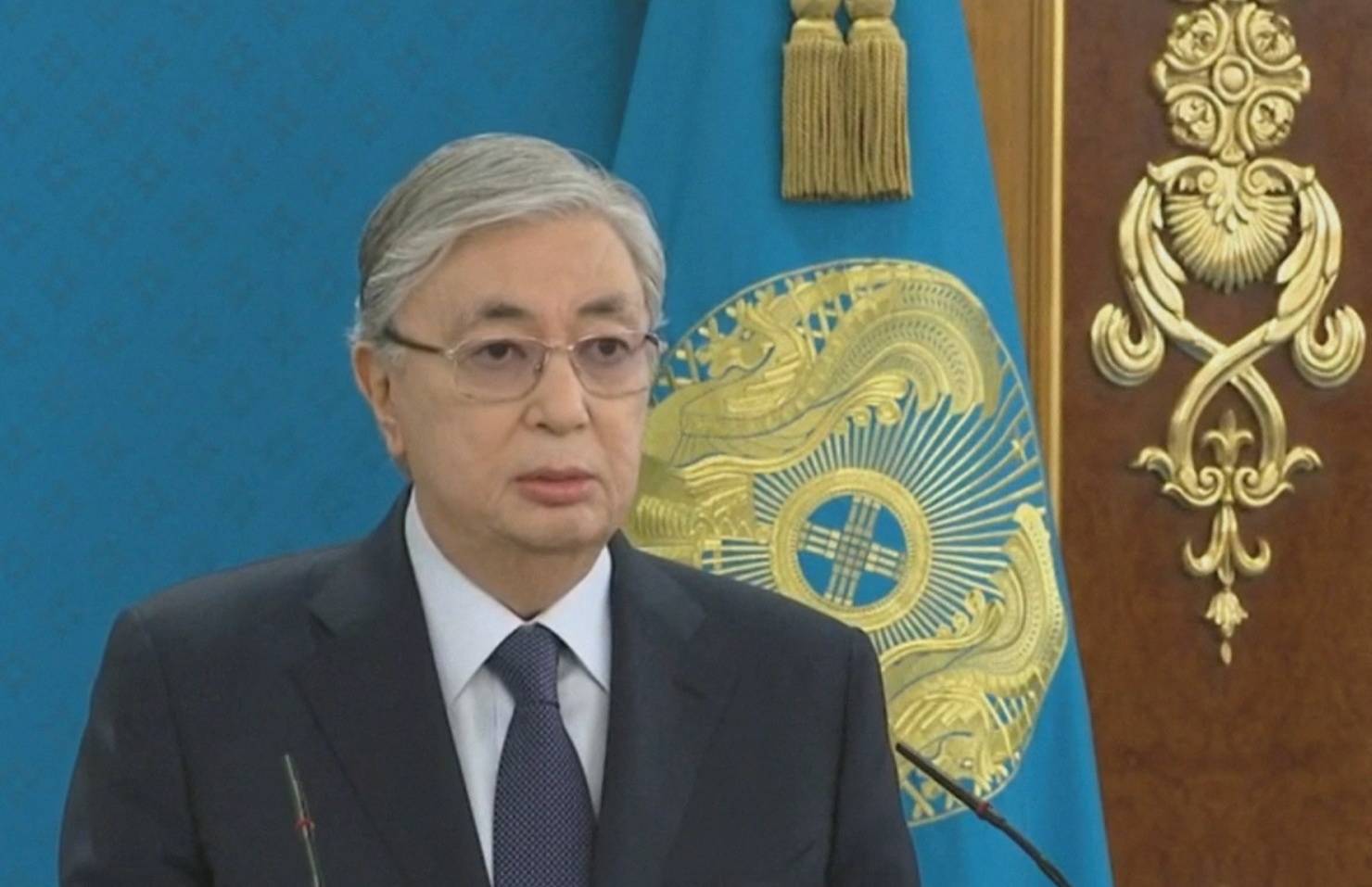 Kazakhstan President,Kassym-Jomart Tokayev in his speech, said, the lives of “hundreds of civilians and servicemen” had been lost.

iexclusive News Nigeria gathered that Tokayev dismissed calls “from abroad” for negotiations as “stupidity,” and vowed to crush the demonstrations.

“What negotiations could there be with criminals and murderers? We had to deal with armed and trained bandits and terrorists, both local and foreign. Therefore, they need to be destroyed, and this will be done in the near future,” he said in a televised address.

He said that more than 20,000 bandits with “high combat readiness and animal-like cruelty” had attacked Almaty alone.

Some protesters have also issued a list of demands for peaceful political change. Dozens have been killed across the country so far, with authorities saying that nearly 4,000 “riot participants” had been detained and at least 18 police officers were dead.

In contrast to this portrait of the demonstrators as hardened militants, several thousand demonstrated peacefully in the city of Zhanaozen, one of the first hotspots of the riots, on Friday.

They issued the most specific list of demands to date, asking for a change in power, freedom for civil rights activists, and a return to a 1993 version of the constitution.

Which is considered to have a more democratic tone and a clearer division of power than the current one.

Tokayev also promised to “turn the Internet back on” after a nationwide blackout but warned it will be accessible only for certain periods of time and highly monitored by the government.

“Free access to the Internet does not mean you can freely post your musings, slander and insults, your incitements and calls,” he said.

Internet services had been severely disrupted since Wednesday, global Internet monitor NetBlocks said, with connectivity at about 5 percent of normal levels as of Friday morning.

Earlier on Friday, Tokayev had issued a statement that security forces had “mostly” regained control of the country.

“The constitutional order has been basically restored in all regions.”

Russian paratroopers helped local forces to clear out the protesters occupying the airport so that round-the-clock flights could bring in some 2,500 troops from the Collective Security Treaty Organization (CSTO).

Though control has now been regained, it will remain closed for civilian aircraft until Sunday, state television reported.

Several other cities are restoring domestic flights but rail and road transportation remains limited due to dozens of check points set up as part of nationwide state of emergency.

On Friday, there were reports of hundreds of people assembling in Aktau and Zhanaozen, two cities in Kazakhstan’s oil-rich west.

There were also sporadic demonstrations of up to 3,000 people in other cities.

Violent clashes continued on Friday in Almaty, the country’s most populous city, as authorities carried out what they called an “anti-terrorist operation.”

The Interior Ministry said that the square had been “cleansed,” though videos showed heavy gunfire continuing through the night and into Friday.

People gathered in the morning near a government building with signs such as “We are residents of Almaty, not terrorists.”

By the end of day, Almaty authorities said control over all government buildings had been regained but warned residents to stay home as “terrorists and their gangs continue to maintain furious resistance,” state television reported.

Bodies spotted in central Almaty were slowly being removed, according to Russian newspaper RBC.

People were cautioned against approaching a government building in the square, with troops reportedly firing shots in the air to warn people off.

Public dissatisfaction that started over high fuel prices has escalated into a major challenge to a political system largely unchanged since the former Soviet state gained independence three decades ago.

According to the Kremlin, Russian President Vladimir Putin spoke with Tokayev several times in the last two days to discuss joint action “to combat international terrorism and to ensure the order and security of Kazakh citizens.”

In the past, Moscow has sent peacekeepers to countries that Putin fears are slipping out of his political orbit, which includes many former Soviet states.

Leaders in Georgia, Moldova, and Ukraine have previously expressed concern that such troops are bolstering pro-Russian separatist forces.

Belarus’ President Alexander Lukashenko, whose troops will participate in the CSTO intervention, told state media on Thursday that demonstrators attempted to seize control of major airports in Kazakhstan in order to obstruct the deployment of the alliance’s forces.

While the CSTO has long been viewed as Russia’s answer to NATO, its first joint action is against domestic unrest rather than an external attack.

Kazakhstan and the other members of the bloc, on the other hand, have attempted to portray the intervention as an attempt to protect the state from “foreign-trained terrorist gangs,” despite providing no evidence to back up the allegations.

Riot police gather to block demonstrators during a protest in Almaty on Jan. 5. (Vladimir Tretyakov/AP)

The US is keeping an eye on the Moscow-led deployment and looking for reports of potential human rights violations, according to White House press secretary Jen Psaki during a briefing on Thursday.

China, on the other hand, has come out strongly in support of Kazakhstan President Tokayev, with leader Xi Jinping calling him to say that China firmly supported the country’s stability and rejected any attempts by “external forces” to incite unrest or so-called “color revolutions” in the country.

China, which shares a land border with Kazakhstan, has poured billions of dollars into the country’s energy sector.

Color revolutions are protests in Eastern Europe in the 2000s that overthrew pro-Russian governments, which some blame on Western countries.

Tokayev declared a two-week national state of emergency on Wednesday, imposing an overnight curfew and a ban on large-scale gatherings.

The restrictions were imposed just as the country’s sizable Orthodox Christian community was preparing to celebrate Christmas on Friday.

Kazakh authorities have vacillated between repressing protesters and caving in to some demands.

They announced a 180-day price cap on vehicle fuel on Thursday.

The protests began after the government lifted a price cap on liquefied petroleum gas, which powers the majority of vehicles in the country’s west.

Oil and gas production, which accounts for a significant portion of Kazakhstan’s economy, has slowed as the unrest continues.

Chevron, which owns half of a joint venture that operates the major Tengiz oil field, announced on Thursday that production had been reduced due to logistical disruptions caused by protests.