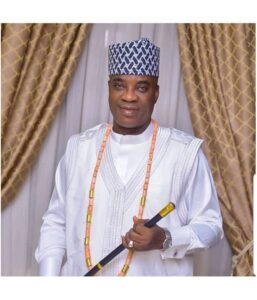 The lord of fuji music, King Wasiu Olasunkanmi   Marshal popularly known as K1 De Ultimate by this time last year was bestowed with the honour of the first Mayegun of Yorubaland by His Imperial Majesty, Alaafin of Oyo, OBA LAMIDI ADEYEMI, CON.

Alhaji Wasiu Ayinde stated that maintaining peaceful coexistence among the people of the yoruba race, Nigerians and people all over the world can not be over emphasised.

Mayegun title, which stood for peace in Yorubaland, is the message the versatile and prolific  artiste took the opportunity on his anniversary to canvass to the people

in a message signed by his Media Aide, Mr. Kunle Rasheed.

Without mincing words, Ayinde Marshall, the music icon said the world at large, our home front and indeed Nigeria as our own country strongly needs peace in this New Year 2021, which is a the most important for growth and development in any given society.

The Mayegun, adviced that safety should be our Watch word going forward as per the Covid-19 challenge which has been the world’s greatest enemy since December 2019.