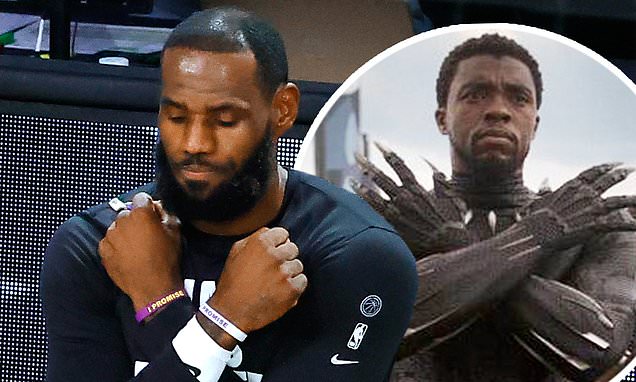 The basketball great led a pre-game moment of silence as he took a knee and did the Wakanda Forever salute by crossing his arms over his chest in honour of the Black Panther actor, who died on Friday, August 29, at 43 after a 4-year battle with colon cancer.

LeBron James also paid tribute to Boseman on social media by sharing a picture of the two of them smiling together. He wrote in his caption: “Rest in Paradise King”.

Boseman who never discussed the illness publicly died at home surrounded by his loved ones, including wife Taylor Simone Ledward, his family said.

How 4ft Snake was pulled out from a woman’s throat