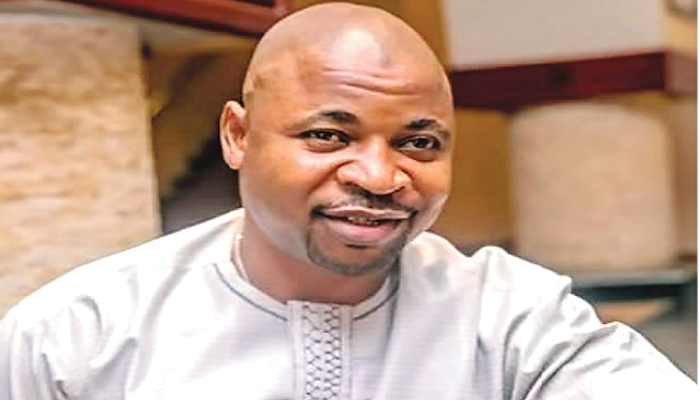 iexclusivenews reports that commercial transport operators in Lagos are now required to pay N500 for campaign stickers as a gift to Bola Tinubu’s presidential campaign, ushering in a new era of political irrationality ahead of the 2023 general election.

This online news outlet understands that a video of the latest development has gone viral. Showing an officer of the Lagos State Park Management Committee, commanded by Musiliu Akinsanya, better known as MC Oluomo, forcibly placing campaign stickers on a resistant driver.

The park management officer was seen harassing a motorist who refused to purchase the sticker in the video.

“You will have to meet the chairman (MC Oluomo) for questions,” the officer said while struggling with the motorist.

“If they ask you about structure, this is the structure of criminality, tyranny, and fraud they have in order to win elections,” Ms. Oduala tweeted.

This is the latest example of Mr. Tinubu’s flagrant misuse of political power, which has resulted in economic aggression against the inhabitants of Nigeria’s commercial metropolis.

The former governor of Lagos has also been charged with exploiting his position to develop several methods of systemic extortion while in office by turning over crucial state revenue-collecting sectors to consulting firms in which he has a stake.

His daughter, Folashade Tinubu-Ojo, manages market fees, while MC Oluomo, a devoted supporter, handles transit charges. As of the time, this article was filed,

Dele Alake, a spokeswoman for the Tinubu Campaign Organization, did not respond to calls or texts seeking comment on the situation.