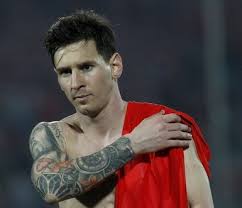 Lionel Messi has informed Barcelona that he wants to “unilaterally” terminate his contract with the Spanish giants, a club source confirmed to AFP on Tuesday.

Lawyers for the Argentina star sent Barca a fax in which they announced Messi’s desire to rescind his contract by triggering a release clause.

China cosies up to EU as US tensions high

However, the club maintains the clause expired in June and he remains under contract until the end of the 2021 season.

“In principial, this clause expired on June 10, but the unusual nature of this season disrupted by the coronavirus opened the way for Messi to ask to be released from his contract now,” wrote Spanish sports daily Marca.

“It’s the first step towards opening negotiations over his departure, on the basis of which his release clause amounts to 700 million euros.”

According to Spanish media, Messi met with new Barca coach Ronald Koeman last week and told the Dutchman he saw himself “more out than in” the club.

“The end of the glorious era of Leo Messi at Barcelona seems to be close. After the arrival of Ronald Koeman, what looks like the exit of his friend Luis Suarez and a difficult and turbulent end to the season, Messi told Barcelona in a fax of his intention to leave the club,” said Once radio station.

Barcelona suffered a humiliating 8-2 defeat by Bayern Munich in the Champions League quarter-finals in Lisbon earlier this month, resulting in the dismissal of coach Quique Setien after barely six months in charge.