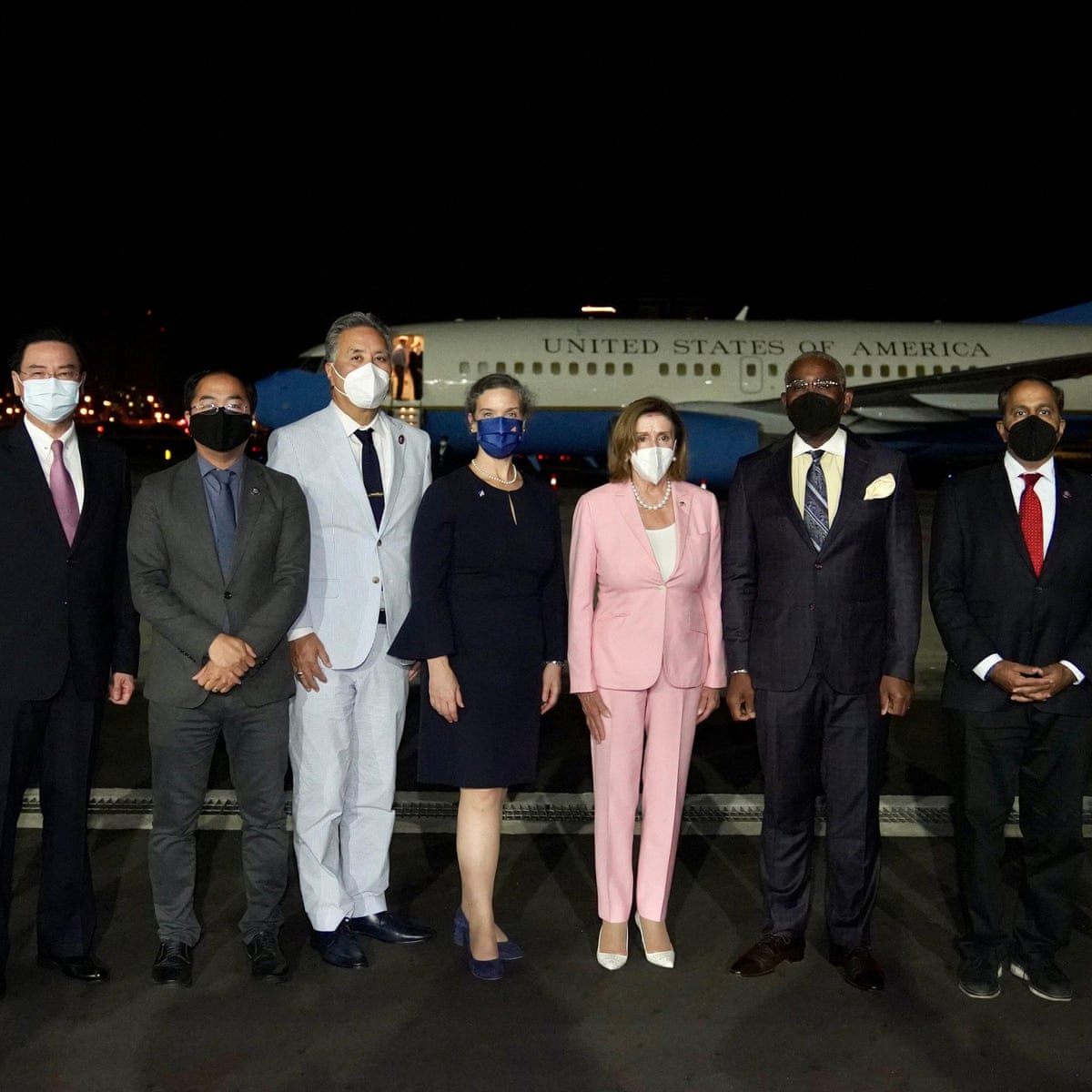 Nancy Pelosi, U.S. House of Representatives Speaker arrived in Taiwan late on Tuesday on a trip she said demonstrates American solidarity with the Chinese-claimed self-ruled island.

iexclusivenews reports that China condemned this first such visit in 25 years as a threat to peace and stability in the Taiwan Strait.

This online news outlet understands that after a nighttime landing on a flight from Malaysia.

Pelosi and the rest of her delegation disembarked from a U.S. Air Force transport plane at Songshan Airport in the center of Taipei to start a visit that could bring U.S.-Chinese relations to a new low.

Joseph Wu, the foreign minister of Taiwan, and Sandra Oudkirk, the top American diplomat in Taiwan, welcomed them.

“America’s solidarity with the 23 million people of Taiwan is more important today than ever, as the world faces a choice between autocracy and democracy.”

The second-in-line to the U.S. presidency and a steadfast Beijing critic, Pelosi, will meet with Taiwan’s President Tsai Ing-wen on Wednesday morning before the two of them share lunch, according to the presidential office.

Pelosi is the first U.S. House speaker to visit Taiwan since 1997, and she is going there with six other American lawmakers.

“has a severe impact on the political foundation of China-U.S. relations, and seriously infringes upon China’s sovereignty and territorial integrity.” The ministry said it lodged a strong protest with the United States.

Before she arrived, Chinese warplanes flew across the line dividing the Taiwan Strait. According to the defence ministry, the Chinese military has been placed on high alert and will conduct “targeted military activities” in response to Pelosi’s arrival.

It will also conduct a test launch of a conventional missile in the water to the east of Taiwan.

Pelosi is traveling around Asia, and stops on her itinerary include Singapore, Malaysia, South Korea, and Japan. She made an unexpected but highly anticipated trip in Taiwan.

Pelosi described her motivations for going in a Washington Post editorial piece that was published shortly after she arrived.

Praising Taiwan’s dedication to democracy and denouncing China for having sharply raised tensions with Taiwan in recent years.

“We cannot stand by as the CCP proceeds to threaten Taiwan – and democracy itself,” Pelosi said, referring to the Chinese Communist Party.

Pelosi referred to China’s “brutal assault” on political dissent in Hong Kong as well as how it treats Muslim Uyghurs and other minorities, which the US has labeled as genocide.

Numerous fans applauded and ran towards the black vehicles with their arms outstretched and phone cameras on as Pelosi’s convoy reached the hotel, being followed by police cars with flashing red and blue lights. The motorcade entered the hotel’s parking area without stopping.

“is not going to be intimidated” by threats or bellicose rhetoric from China. Kirby said the visit is not a violation of either any sovereignty issues or America’s longstanding “one-China policy.”

“There’s no reason for this visit to become a spurring event for a crisis or conflict,” Kirby said.

As a fellow Democratic Party member and close associate of U.S. President Joe Biden, Pelosi, 82, has played a significant role in advancing his legislative agenda in the U.S. Congress.

Four sources said Pelosi was also scheduled on Wednesday afternoon to meet a group of activists who are outspoken about China’s human rights record.

Beijing has never renounced using force to annex Taiwan and views the island as a part of its sovereignty.

Taiwan denies China’s claims to sovereignty and asserts that only the island’s residents have the power to determine its future.

Meanwhile, iexclusivenews Nigeria reports that despite not having formal diplomatic ties with Taiwan, the US is required by law to give the island the tools to defend itself.