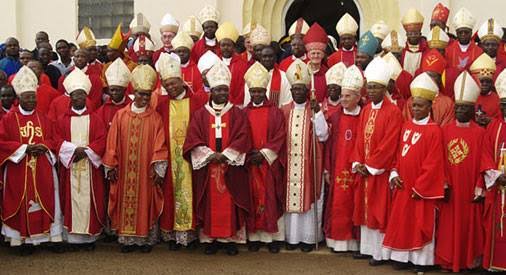 Nigeria Has Lost It’s Soul According To Catholic Bishops

Iexclusive News Nigeria reports that the country’s sociopoliticoeconomic state has been condemned by Catholic bishops, who claim that Nigeria has lost its soul in the sense that it is no longer a healthy entity, prompting the need for rehabilitation.

The clerics, who were speaking under the auspices of the Catholic Bishops of the Ibadan Ecclesiastical Province, said that “the good health of any nation consists in its capacity to offer its citizens a territory where they can feel at home, feel secure, and enjoy the basic necessities of life,” bemoaned the fact that this was no longer the case in Nigeria.

The bishops expressed regret that “armed conflicts, armed robbery, kidnapping for ransom, insurgency, banditry, and extrajudicial killings” were the order of the day in Nigeria in a communiqué issued at the end of their meeting in Akure, the capital of Ondo State, on July 19 and 20 and made available in Ado Ekiti on Wednesday.

In the communique signed by the chairman of the province, Most Rev. Gabriel Abegunrin, and Secretary, Most Rev. John Oyejola, the bishops expressed sympathy for citizens “who bear the brunt of Nigeria’s debilitating situation because of economic depression and hunger, armed robbery, banditry, kidnapping for ransom, unemployment and injustice.”

They stated, “A nation that has lost its soul is characterised by inept, uncaring leadership which functions by selective allocation of posts, privileges and resources and by selective application of justice.

“It is characterised by leaders who, rather than care for the citizens of the country, simply exploit and denigrate them. Such a nation takes food out of the mouths of its own citizens and watches them starve.”

“Its foundational values of justice, equity, and fair play have plainly gone apart, and the country is no longer at ease,” the clerics declared, adding that these and other characteristics of a nation that had lost its soul existed in Nigeria. Without a doubt, Nigeria’s soul must be resurrected.”

How Helicopter To Bring Igboho Back To Nigeria Was Stopped