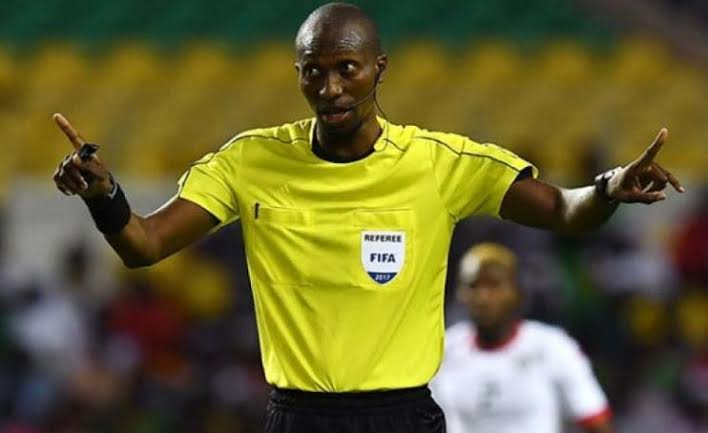 Nigeria vs Tunisia–Maguette N’Diaye, a Controversial Senegalese referee, has been appointed by the Confederation of African Football (CAF) to officiate Sunday’s Round of 16 match between Nigeria and Tunisia at the ongoing 2021 Africa Cup of Nations.

Maguette was accused of being untrustworthy in his handling and subsequent awarding of a penalty during the 2022 FIFA World Cup qualifier between Ghana and South Africa.

His overall controversial performance in that game led to SAFA filing a complaint with FIFA, requesting a replay of the game.

They claimed the game had been tampered with, but FIFA later denied their request.

Interestingly, Maguette is one of six African referees expected to officiate at this year’s World Cup in Qatar.

Maguette is responsible for continental club matches in the Champions League, Confederation Cup, and the 2020 CAF Super Cup.

Nigeria vs Tunisia is on Sunday at 8pm with Maquette N’Diaye at the center of the game.

Jaruma: How Ned Nwoko Used Police To Arrest Me