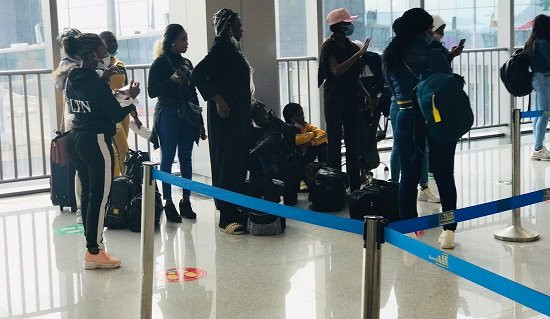 Some Nigerians girls who were stranded in Lebanon have returned home.

The girls caught the attention of the Federal government after recording a video of themselves packed up in a room in Lebanon. In the viral video, the girls narrated their plight and pleaded for the government’s intervention to return home.

The Nigerians in Diaspora Commission (NIDCOM) via its Twitter handle, announced that a total of 68 of the Nigerian girls stranded in Lebanon were brought back home aboard a Middle East Airline plane, which touched down at the Nnamdi Azikiwe International Airport in Abuja around 3:30pm.

See more photos of the rescued girls below

Rival rallies face off in Warsaw over gay rights