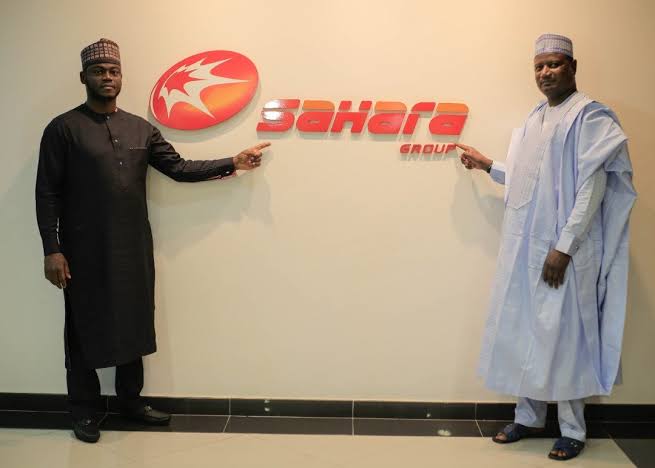 Abdulrahman Bashir, the Chief Executive Officer of Rahamaniyya Oil and Gas Limited, has denied reports of being jailed in the United Kingdom.

Premiumtimes had on Wednesday, August 19, reported that Justice Butcher of England and Wales High Court had handed a 10-year sentence on the Nigerian oil mogul after he was found guilty of breaching multiple orders of the court in a pending suit instituted by Sahara Energy Resources Ltd.

Bashir has released a statement denying the report. He also released photos of him visiting Sahara Energy on Thursday, August 20.

In the statement signed by his legal adviser, Dada Awosika, Bashir said he is committed to the service agreement between his firm and Sahara Energy over the buying and selling of 15,000MT Gasoil deal between the two firms in 2018.

Responding to the report that he had defaulted in the agreement and sentenced by a London Court, Bashir clarified that an agreement was reached between Ultimate Oil & Gas, Sahara Energy & Rahamaniyya Oil & Gas on a payment plan for the balance of cargo dues owed to Sahara Energy to be effected between Dec 2019 and 31 Jun 2020.

The oil and gas businessman explained that as part of the agreement, Sahara would relinquish claim over cargo return while Rahamaniyya would withdraw proceedings against Sahara in a Nigerian court. He stated that on June 5, 2020 a revised payment agreement was concluded by all parties and is expected to be completed latest by Feb 2021.

According to the statement, the report about the London court ruling came to the two businessmen as a surprise and informed why both of them met at Sahara Energy office in Abuja to prove that their relationship was intact.

“In the above mentioned case, we wish to clarify that such claims are false, harmful and misleading, as both firms mate today at Sahara Energy Corporate office in Abuja to strengthen their mutual business relationships as attached photographs.

Finally, we wish to state that the relationship between the firms remain cordial and we are up to date with our contractual business agreement. Bashir is a law abiding citizen who remains free based out of his home in Abuja, Nigeria.”the statement read