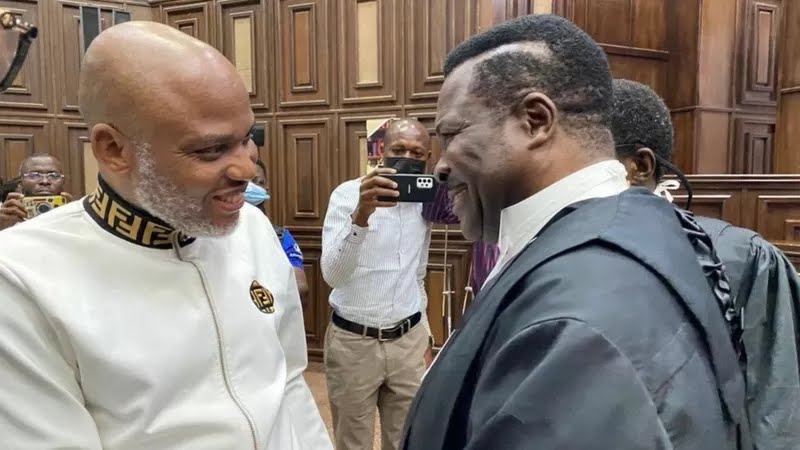 Nnamdi Kanu, the leader of the Indigenous People of Biafra, IPOB, won a court battle against the Nigerian government on Wednesday in Abia State.

Nnamdi Kanu has filed the fundamental human rights complaint against the Nigerian government through his special attorney, Aloy Ejimakor.

iexclusivenews reports that in the lawsuit, Ejimakor argued that the invasion of the IPOB leader’s home in Abia State in 2017 was illegal and an infringement of his constitutional rights.

He asked the court to declare his detention and torture in Kenya last year unconstitutional.

The petition, which Ejimakor filed in August, also asked the court to order the Nigerian government to cease prosecuting Kanu and to free him and apologize to him, among other things.

During today’s sessions, however, the Nigerian government contested the court’s jurisdiction to hear the case.