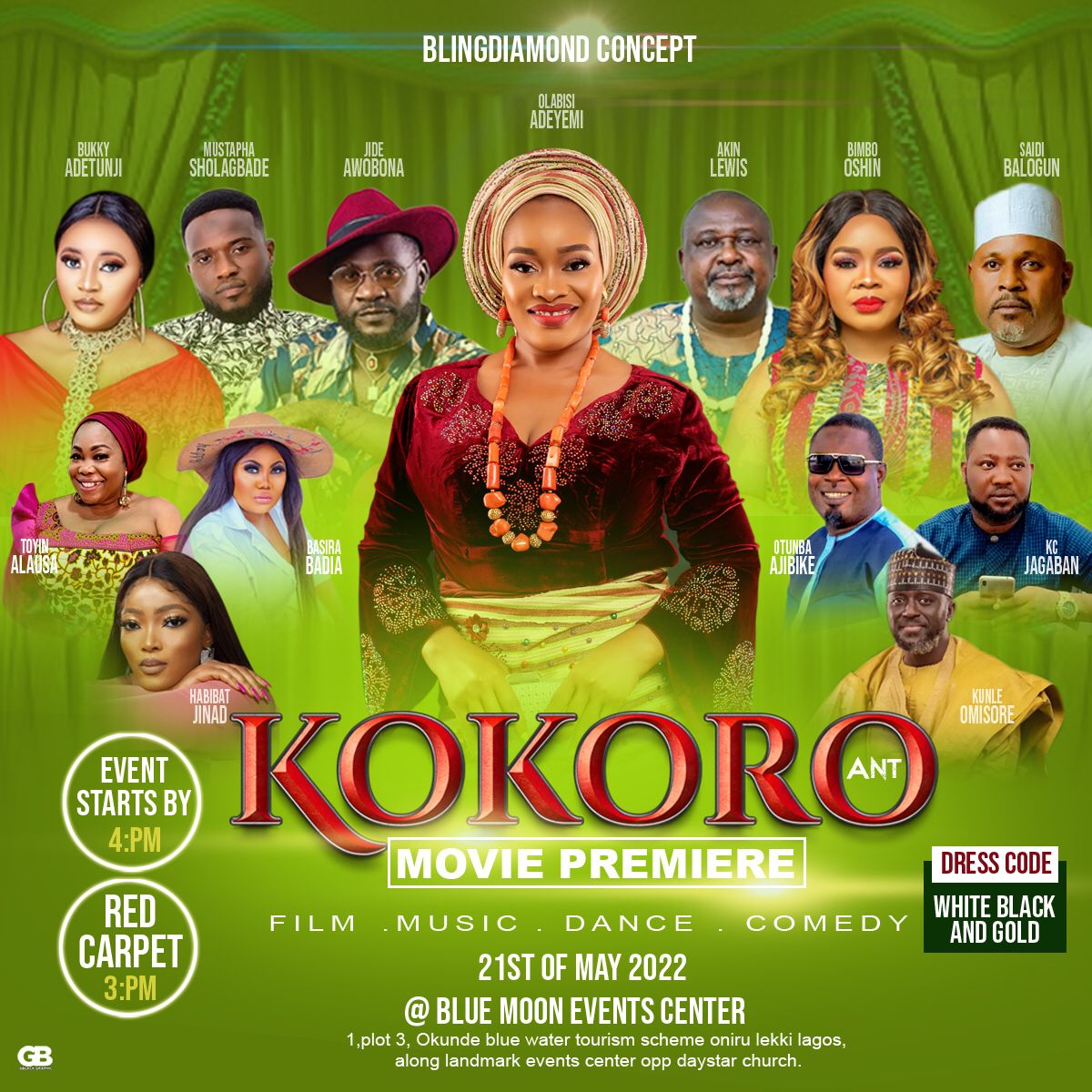 A movie production company, BlingDiamond Concept, is set to drop a new film, Kokoro, on May 21, 2022 in Lagos.

Kokoro, which was written and produced by Olabisi Adeyemi, is an intriguing story of love, betrayal and deceit.

And to Adeyemi, the movie, shot in undiluted and rich Yoruba language, promises to be very entertaining and highly educative.

According to the storyline, Olabisi Adeyemi tells a story of two men’s struggle for the love of one woman.

“As you already know that, I just don’t produce movies for the sake of it. I love my job and I always ensure I take my time writing the scripts in order to ensure that all ingredients needed to make a very good movie are not missing.

“And Kokoro is no exception. Aside from making sure the story is tight, best thespians in the Nollywood industry acted in the project,” she said.

Kokoro, co-produced by Olu Michael and directed by Saheed Abolaji Oscar, would be showing to an exclusive audience at the Blue Moon Events Centre with red carpet starting 1:00pm in the afternoon.

The full movie would be available on Apata TV Youtube channel after the event for general viewing.

“Kokoro is my fourth movie. I started movie production with the release of Okan Mimo, then Eni Ibi and followed by Ayami,” she disclosed.

Other side attractions at the movie premiere include music, dance and comedy.