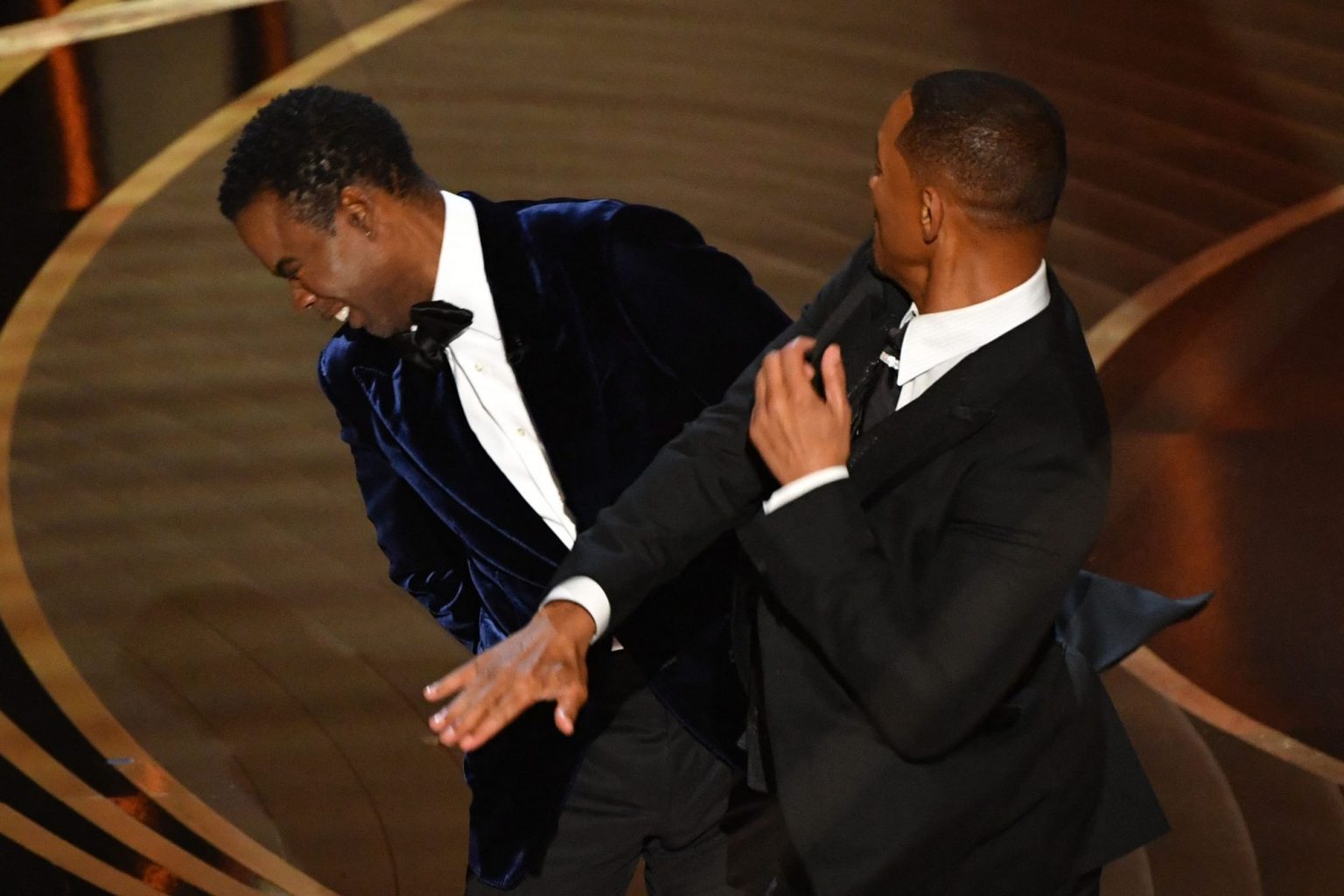 Will Smith, American actor, on Sunday, slapped Comedian Chris Rock for making jokes about his wife at the Oscars award.

iexclusivenews reports that Chris Rock, had while presenting the award for best documentary, said;

Pinkett Smith, who did not find the joke funny as she has been battling Alopecia.

An autoimmune disorder that leads to hair loss, rolled her eyes.

Shortly after, Will Smith walked up to the stage and slapped Rock after which he walked back to his seat.

He also warned Rock to keep his wife’s name out of his mouth.

While accepting the award, he apologized to the Academy and his fellow nominees for the incident.