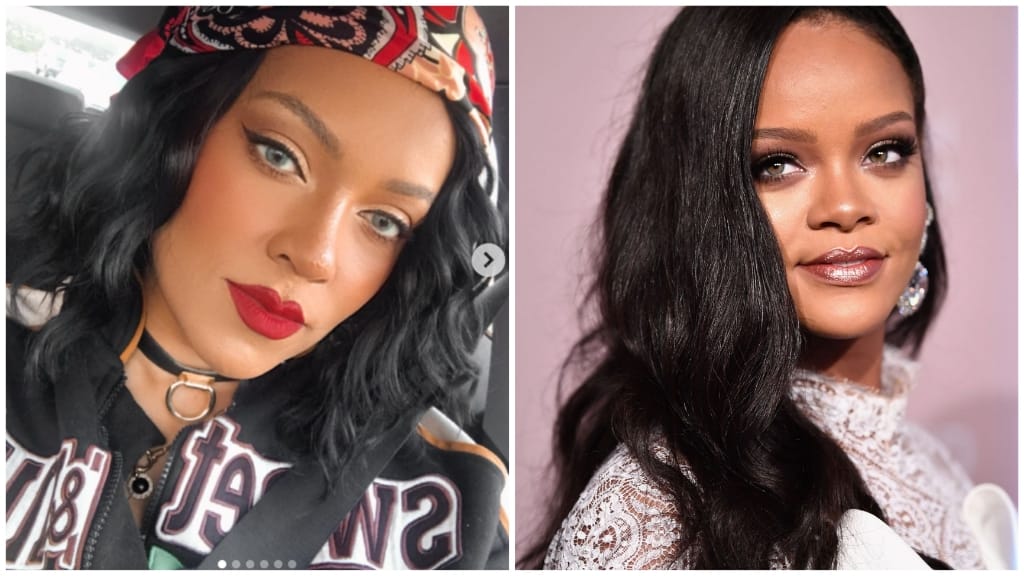 iexclusivenews reports that fans went nuts when a Rihanna doppelganger came to the streets with a fake baby bump at a music festival.

Priscila Beatrice (30), a social media influencer with approximately 500 000 Instagram followers, made waves during the Lollapalooza festival in Sao Paulo, Brazil.

Priscila glided around the city with her entourage, escorted by realistic-looking bodyguards in suits.

While flaunting a foam baby bump. She appeared to be a carbon copy of the Barbadian actress, who revealed her pregnancy earlier this year.

Passers-by, many of them were in town for the music festival, according to local media.

They were taken aback when they saw who they thought was the real-life Rihanna and approached Priscila for signatures and selfies.

Priscila, who comes from the Brazilian state of Minas Gerais, arrived in Sao Paulo one day before the festival kicked off.

iexclusivenews Nigeria reports that Rihanna was supposed to accompany her partner A$AP Rocky to the festival for his performance. However the lookalike’s trip was planned to coincide with that.

Priscila traveled to the area of Tiete Bus Terminal during her walkabout to pose for photos with fans, accompanied by her beefy bodyguards.

Meanwhile iexclusivenews reports that Priscila has been performing as Rihanna’s doppelgänger since 2014.

When she initially played the pop star’s songs at a water park with three pals.

She has three children, and her public appearances, as well as her online activity as a burgeoning influencer and digital content provider, help to support her family.