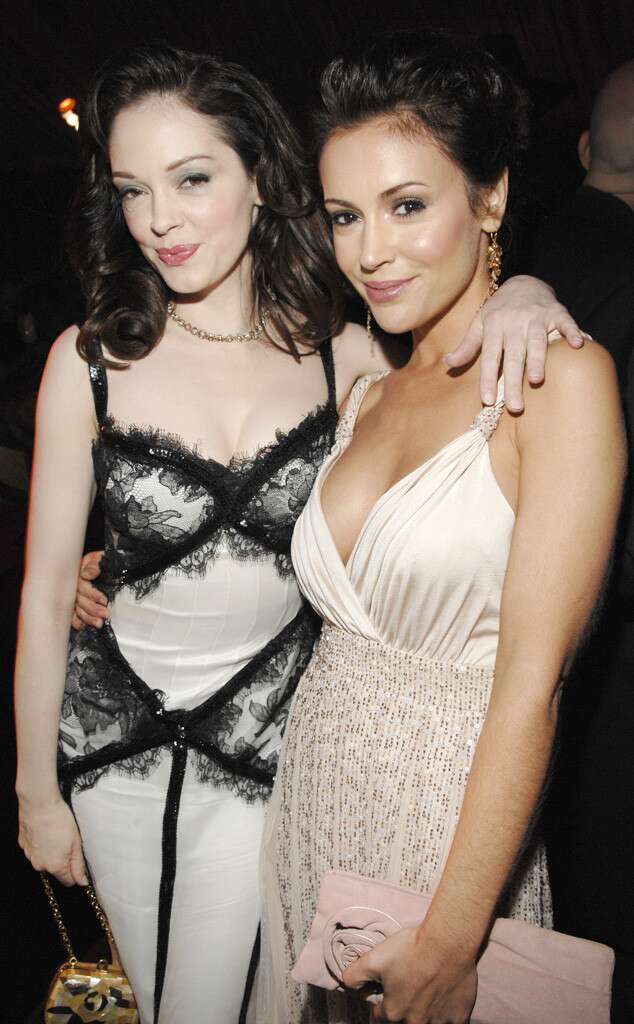 Rose McGowan, didn’t hold back on social media when talking about her alleged experiences on the set of Charmed….

The 46-year-old actress accused her former co-star, Alyssa Milano, of creating a “toxic AF” work environment when they both starred on the hit WB show.

It appears the social media rift began on Friday, Aug. 21, following the final night of the Democratic National Convention.

Milano first tweeted “a thread of all the things the Democratic Party has done to make the world a better place.”

In her post, the 47-year-old star began with the 19th amendment, writing, “Under the leadership of Democratic President Woodrow Wilson, the U.S. Constitution was amended to grant women the right to vote.”

Shortly after, McGowan quote tweeted the message. “Ummm… did you conveniently forget only WHITE WOMEN got the right to vote? They betrayed all others,” she shared. “To quote Marilyn Manson, ‘I was not born with enough middle fingers.'”

“If I had been the leader of the Suffragettes, I would have waited and fought for EVERYONE’S right to vote. They f–ked up. And you wonder why Black Women think white feminists are frauds. Most are,” McGowan continued.

Milano chimed in, “Rose and anyone bleating the same ‘dEmOcRaTs DoNt HeLp PeOpLe’ nonsense, your lies are going to hurt people less privileged than you. It’s the kind of thing an ACTUAL fraud would do. Thousands of people are dying a day but you go on with your hyperbolic attention seeking tweets.”

Moving away from politics, McGowan then accused Milano of appropriating the #MeToo Movement.

Related Topics:EntertainmentRose McGowan
Up Next