“Tiger Woods Was Speeding At 87mph When He Crashed”- Vallenueva 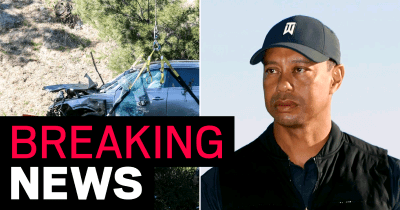 “Tiger Woods Was Speeding At 87mph When He Crashed”- Vallenueva

iexclusive News Nigeria reports that the golf star was said to have been driving between 84 and 87 miles per hour when he crashed.

Woods was driving between 84 and 87 miles per hour in a 45 mph zone and struck a tree at about 75 mph, Los Angeles County Sheriff Alex Villanueva said in a press conference a month-and-a-half after the incident where he got crashed and seriously injured himself. 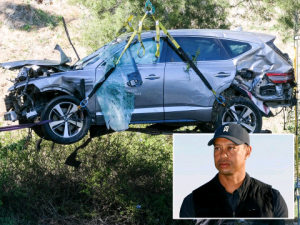 ‘The primary causal factor for the collision was driving at an unsafe speed for the road conditions and being unable to negotiate the curve’ of the roadway, said Villanueva on Wednesday morning.

Woods did not receive a citation for driving too fast and criminal charges will not be filed against him, Villanueva said.

California law generally requires that a law enforcement officer or independent witness see excessive speed, the sheriff noted. Woods, or anyone else, would not be cited in a single-vehicle crash without a witness.