Uganda Prepares To Vote Despite ‘Repression’

Uganda Prepares To Vote Despite ‘Repression’ 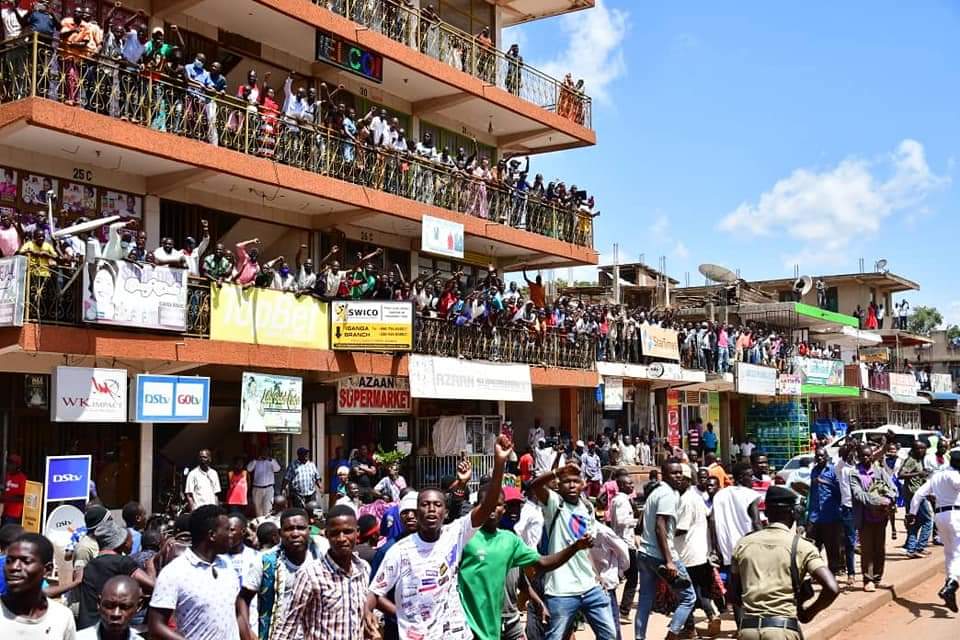 The most prominent of the 10 opposition candidates is the National Unity Platform’s Bobi Wine – a 38-year-old ragga star who has used his popularity with Uganda’s youthful population to defy the 76-year-old president and his National Resistance Movement (NRM) party.

This online news medium recall that on December 26, the government banned campaign rallies in the capital Kampala and 15 other counties, citing the risk of spreading Covid-19.

This is despite Uganda recording just 301 coronavirus deaths. Its population is regarded as one of the least at-risk because it is the world’s second-youngest, with more than 48 percent of Ugandans aged under 15.

Wine (whose given name is Robert Kyagulanyi Ssentamu) said at a press conference on January 7 that he “expected a live bullet targeted at me any time”, and announced that he had asked the International Criminal Court to investigate Museveni and senior officials for human rights abuses dating back to 2018 – namely “widespread use of shoot to kill, beatings and other violence”.

One of Wine’s bodyguards was killed and two journalists injured in confrontations between security forces and his supporters on December 27. Wine said his bodyguard died after an army vehicle ran him over. He added that the bodyguard was helping an injured cameraman who was reportedly shot in the head in an earlier altercation. The army said the bodyguard died from injuries caused by falling out of a car.

The following day, Patrick Oboi Amuriat, presidential candidate for the Forum for Democratic Change (FDC) party, collapsed and was hospitalized after police pepper-sprayed him in the eyes as he tried to join supporters at a rally.

November had seen a much higher death toll. Wine was arrested for breaking Covid-19 restrictions at a rally – sparking unrest across the country, with protesters blocking roads in Kampala. The security forces cracked down with tear gas and bullets. At least 54 people were killed and more than a thousand arrested.

“This is no longer really an election,” said Nic Cheeseman, professor of democracy and international development at Birmingham University. “It is a staged event to try to legitimate Museveni’s presidency and the ruling party.”

“Violent repression is nothing new in Uganda,” added Eloise Bertrand, an expert on Uganda at Warwick University. But “repression appears to have intensified this time and to target more stakeholders”.

The Ugandan president then appointed his son, a general, as head of the special forces on December 17. “It’s clear that this is about ensuring control of the most effective element of the military,” said Ben Shepherd, a former adviser on the Great Lakes region at the British Foreign Office, now a consulting fellow at the Chatham House Africa Program.

The government has cracked down on the media and civil society as well as opposition candidates and their supporters. “You are insisting you must go where there is danger,” the head of the Ugandan police Martin Okoth Ochola told journalists at a press conference on January 8. “We shall beat you for your own sake to help you understand that you do not go there.”

Ali Mivule, one of the two cameramen injured at the December 27 Wine rally, told Voice of America that after he was “fully identified as a journalist”, the police commanding officer “pointed the tear gas gun at me and shouted ‘collateral damage’”.

Authorities unsuccessfully demanded on December 9 that Google shut down at least 14 YouTube channels that support Wine and most of which livestream his campaign events – accusing them of relaying “extremist or anarchic messages”.

The state-run Media Council announced on December 10 that both Ugandan and foreign journalists would be forbidden from covering the elections unless they gained accreditation. Foreign reporters who had already been certified were told to renew their accreditation requests.

The next week, the regulatory body said in a Facebook post that it was registering journalists to ensure that reporting is “sanitized from quacks” – adding that journalists enjoying “recognition by state players” would get a “safe pass to cover events”.

Three journalists from Canada’s CBC News were arrested and deported from Uganda in late November, despite having been accredited.

Museveni’s government has also cracked down on Ugandan civil society. Armed police arrested and blindfolded prominent human rights lawyer Nicholas Opiyo and his dining companions – three other lawyers and a Wine staff member – at a restaurant on December 22.

“Any group that questions the authorities is being brutalized,” he told FRANCE 24’s Leela Jacinto in November. “I don’t feel safe, but this is my home and I’m not going anywhere.”

Opiyo’s arrest came after the state in October closed down National Election Watch Uganda – an umbrella bloc of civil society organizations intending to scrutinize the elections – accusing two NGOs in the group of “financing terrorism”.

“Attempts to monitor the elections have been cut off and stymied at every turn,” Cheeseman put it.

At the same time, the Ugandan government has been active on social media in support of Museveni, according to Facebook, which on January 11 closed a network of accounts linked to officials on the grounds that they “used fake and duplicate accounts to manage pages, comment on other people’s content, impersonate users, re-share posts in groups to make them appear more popular that they were.” 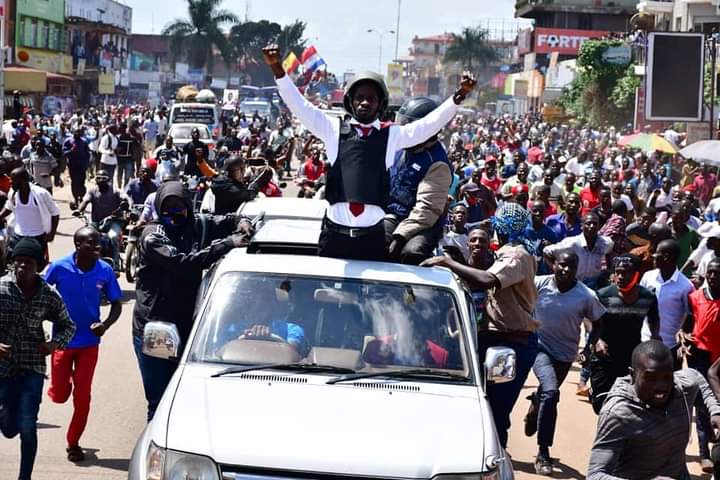 ‘A structural change in Ugandan politics’

Museveni and the NRM were hailed as forces of stability after his seizure of power from dictator Milton Obote in 1986, the culmination of a five-year guerrilla war.

“Museveni remains popular among large sections of the rural population, especially older voters who remember positive things that happened during his presidency in the 1990s and 2000s such as big improvements to internal security and impressive economic growth,” Shepherd said.

But Museveni faced amplifying criticism after Uganda’s constitution was changed in 2005 to abolish presidential term limits – before a further amendment removed age limits in 2017.

The president’s main challenger in the 2001, 2006, 2011 and 2016 elections was Kizza Bisegye, Amuriat’s predecessor as leader of the FDC. The 2006 elections went to court, where judicial review found evidence of extensive vote-rigging to benefit Museveni. Bisegye was charged with treason in 2016 and has repeatedly been arrested and attacked. He is not standing in this year’s elections.

After becoming an MP in 2017, Wine supplanted Bisegye as Uganda’s major opposition leader by using Afrobeat music to appeal to the country’s youthful electorate. Wine has dubbed his polemical ragga songs “edutainment” – education through entertainment.

The opening lines of his 2016 hit Situka (meaning “Rise up” in the Luganda language) exemplify this approach: “When leaders become misleaders, and mentors become tormentors, when freedom of expression becomes a target of suppression, opposition becomes our position.”

“Wine is a charismatic, engaging and effective speaker”, Cheeseman said. “He has also shown particular bravery, and this has made him a kind of living martyr in Uganda.”

“Bobi Wine is categorically different from Kizza Bisegye as a threat to the Ugandan establishment; Bisegye represents the old school of politics to much of Uganda’s huge population of young people,” Shepherd said. “Many of them – largely thanks to the country’s relative developmental achievements earlier in Museveni’s tenure – are well-educated and well-connected to the outside world, but lack opportunities.”

“That’s created a structural change in Ugandan politics that elites have been aware of but don’t really know how to deal with,” he concluded.