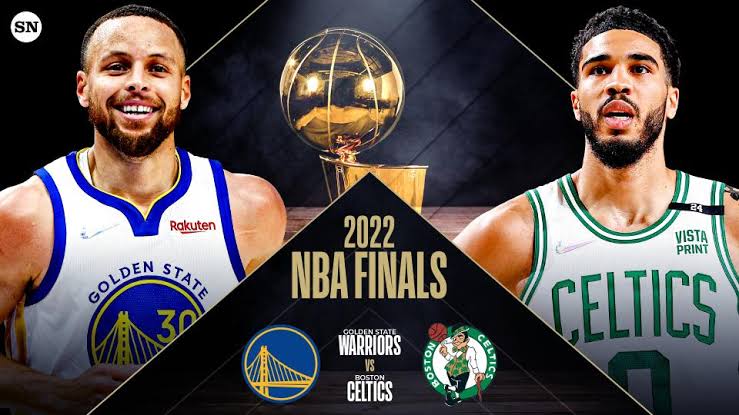 Warriors vs. Celtics: 5 NBA finals matchups to watch, including Stephen Curry on both ends of the floor can be accessed below.

The 2022 NBA Finals will feature two teams with outstanding defenses.

The Boston Celtics had the best defensive rating in the league during the regular season.

While the Golden State Warriors were close behind them at No. 2.

Both teams are deep and well-coached, in addition to having formidable defenses.

There will be plenty of big names in the series. In addition to Stephen Curry, Klay Thompson, and Draymond Green of Golden State.

Boston has its own power trifecta in Jayson Tatum, Jaylen Brown, and Defensive Player of the Year Marcus Smart.

The series promises to be an entertaining one, and a fitting end to what was an eventful NBA season.

Here’s a look at five key matchups heading into the battle between Boston and Golden State.

This one writes itself. The reigning Defensive Player of the Year in Marcus Smart going against one of the most lethal offensive weapons that the league has ever seen in Steph Curry.

Both guys are point guards, so Smart should spend a good amount of time trying to contain Curry.

He’ll surely receive some help in the form of switches, traps, double teams, etc., but the main duty will likely fall to Smart.

When it comes to Curry, there’s no such thing as stopping him, so Smart’s job will be to make life difficult on Curry, and to make sure that he doesn’t get too many clean looks.

That’s obviously easier said than done, but if anyone is up to the task, it’s the tenacious Smart. How well he is able to defend Curry could go a long way toward determining who ultimately wins the series.

Andrew Wiggins was tasked with being the primary defender on Luka Doncic during the Western Conference finals against the Mavericks, and in the NBA Finals he’ll likely have another extremely tough assignment in the form of Jayson Tatum.

Tatum has help around him, but he’s the crux of Boston’s offense and his ability to produce points is central to Boston’s success.

Just like Smart will receive help with Curry, Wiggins will likely receive help on Tatum at times, but he’ll likely have to do a lot of the heavy lifting.

Wiggins’ length and athleticism makes him an ideal defender for a player like Tatum, who is long and athletic himself.

It wouldn’t be especially surprising to see Steve Kerr match Wiggins’ minutes to Tatum’s to some extent, especially if he is able to have some early success.

The sideline chess match between head coaches is always one of the most intriguing storylines heading into the Finals, and this season is no different.

The difference in experience between Steve Kerr and Ime Udoka is staggering.

Udoka, on the other hand, is coaching in his first Finals as a rookie head coach, and he has just 16 games of postseason coaching experience under his belt.

It will be extremely interesting to see just how much that experience disparity materializes over the course of the series, and just how much it ends up mattering.

As the starting shooting guards for their respective squads, Jaylen Brown and Klay Thompson will likely spend a good amount of time guarding each other.

And their matchup will be an important one, as both are heavily relied upon to provide ancillary scoring for their teams.

Brown is Boston’s secondary offensive option behind Tatum, and Thompson fills that role for Golden State, along with reserve guard Jordan Poole.

With a ton of attention being paid to Curry and Tatum, these secondary scorers could swing the entire series with a couple of good — or bad — games.

We already know what Steph Curry is going to provide on the offensive end for Golden State in the Finals, but he’s going to have to bring it on the defensive end, too.

As CBS Sports’ Brad Botkin pointed out in his recent piece, the Celtics are likely going to hunt Curry on the defensive end throughout the series.

Whereas the Celtics don’t really have a weak point for the Warriors to target on the defensive end, Curry is going to have a bullseye on his back when Boston has the ball.

Even though Curry has improved on the defensive end over the course of his career, he’s still far from elite, and Boston will look to exploit that. They’ll like try to get bigger, more athletic players like Tatum and Brown isolated on Curry, and he’ll be tasked with holding his own.

Plus, by consistently going at Curry, the Celtics will hope to wear him out so he has less energy to hurt them on the offensive end. Golden State has to hope that Curry is up to the task defensively.