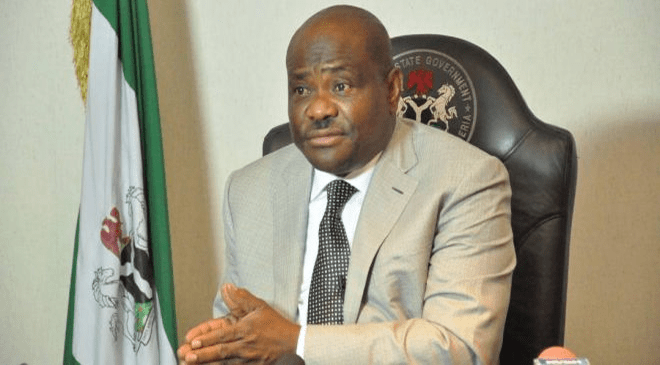 Rivers State Governor, Nyesom Wike has handed over some finished blocks of duplexes to accommodate Judges in the state.

Governor Wike also announced that N150 million has also been handed to Judges who opted for cash payments to build their own houses.

The Governor made the announcement during the commissioning of the judges’ apartment in GRA, Port Harcourt.

He said the building is in fulfilment of the promise made by his administration in 2015, in a move that is necessary to improve on the living conditions of the judges who contribute to the dispensation of justice in the country.

The Rivers State government now bears full responsibility to provide befitting accommodation for all Judicial officers of Rivers state origin beyond your service years for life.

“Judges have a choice to receive a properly built house from the state government or opt for cash payments to build or buy their houses by themselves.

“We are putting practical effect on this promise to commission these 24 duplexes.

“The state government spent the sum of six billion naira to build, furnish and landscape this estate.

“Similarly, 23 of the Judges who opted for cash payment have received the approved sum of N150 million each to build and buy their own house,” the Governor said.

The highlight of the event was the commissioning of the Judges Quarters by the Chief Justice of Nigeria, Justice Tanko Muhammad.

The exercise was carried out in Port Harcourt by a justice of the Supreme Court, Justice Mary Odili who represented the CJN.

Speaking during the commissioning of the quarters, Justice Odili thanked Governor Nyesom Wike for building the edifice.

The Rivers Judiciary quarters is named after the late Senior Advocate of Nigeria, Chinwe Aguma, the former Commissioner for Justice and Attorney-General of Rivers State.