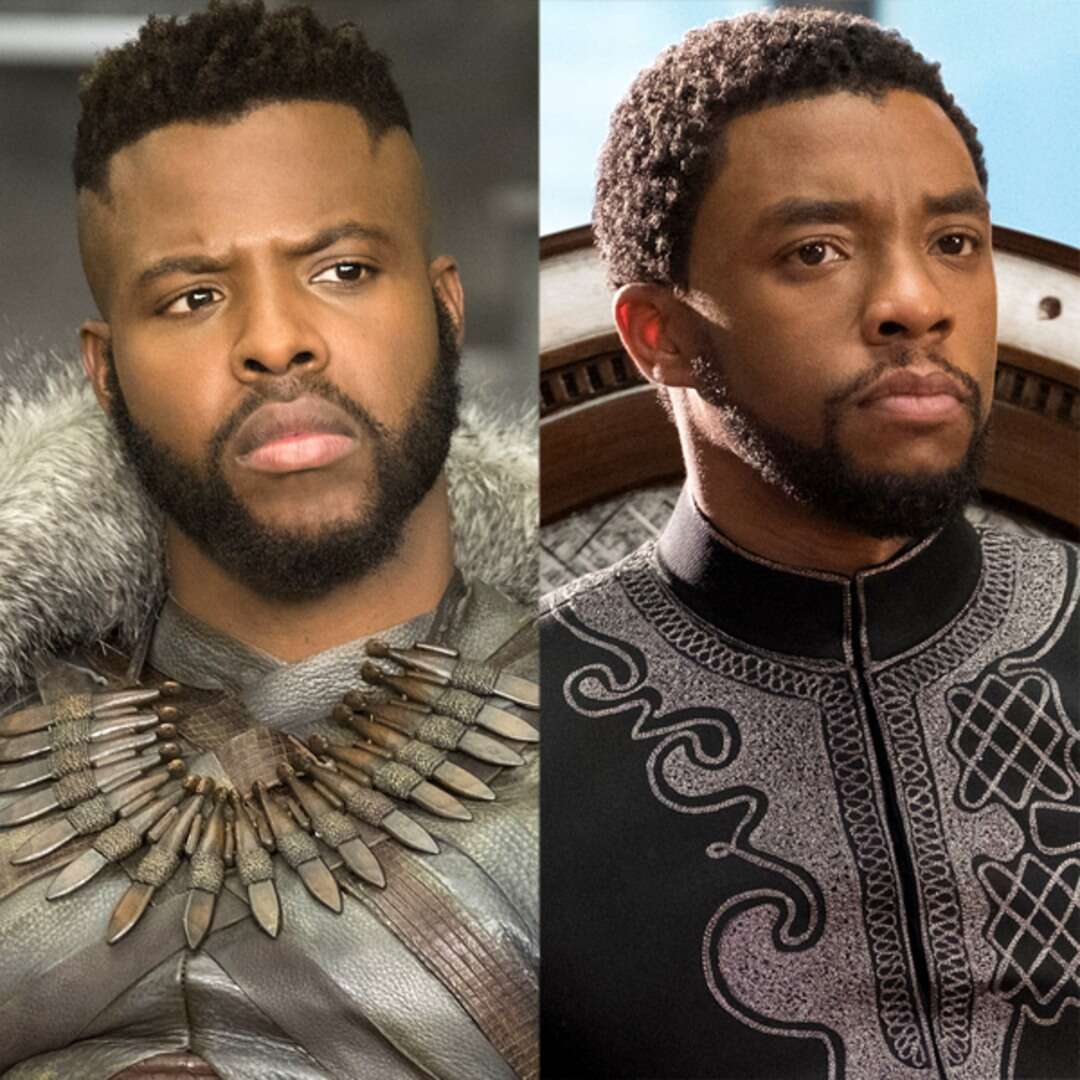 “Your heroism is now legend,” Winston Duke wrote in a tribute to Chadwick Boseman. “We’ll carry the load and honor your legacy, the rest of the way! Bless King!”

The 33-year-old actor took to Instagram on Monday, Aug. 31 to share a touching tribute to the 43-year-old star.

“How do I start to honor a man who I saw as a giant in many ways; with whom I thought I had so much more time,” Duke began. “I am absolutely devastated by the loss of my friend and hero, Chadwick Boseman…”

Duke, who acted alongside Boseman in Black Panther and Avengers movies, explained he feels “sick” over Boseman’s passing.

“I’m in pain and I can’t belive [sic] he’s gone,” he continued. “Chadwick was a lightning rod for me… he gave me direction…”

He then recalled watching Boseman’s portrayal of Jackie Robinson in the 2013 movie 42 and saying, “I could be like THIS guy.”

“I knew I belonged because I could see myself in you,” Duke continued. “That’s what heroes do… they seem familiar because they make it possible for us to see our potential best selves demonstrated through them… Through seeing Chad’s work, I was able to say, ‘I could be just like you one d

He also remembered meeting Boseman in-person for the first time at an audition for Black Panther and having Boseman acknowledge him and his dream by saying, “He’s ready!”

“Man, your words that day made me feel like my dream was finally real!” Duke wrote. “Chadwick then proceeded to show us collectively every day on set what it was to be a leading man. Not only through his work but by how he welcomed and created a space for all of us to feel safe, open and bold … You even worked with me 1 on 1, on our scenes, so that we could get it right, well before the day of the filming.”

Near the end of the post, Duke expressed his gratitude for Boseman.

“Chadwick, Thank you!” he wrote. “Chadwick, you are the best…you are me and I’m you and we are all one! Thanks for being someone I could look up to on and off screen … our calm confidence was inspiring and exemplary. Thanks for sharing with me… you go ahead …you did your job and did it well! You will NEVER be forgotten. Your heroism is now legend. We’ll carry the load and honor your legacy, the rest of the way! Bless King! #chadwickboseman #wakandaforever.”

Gigi Hadid Reveals How Far Along She Is in Her Pregnancy