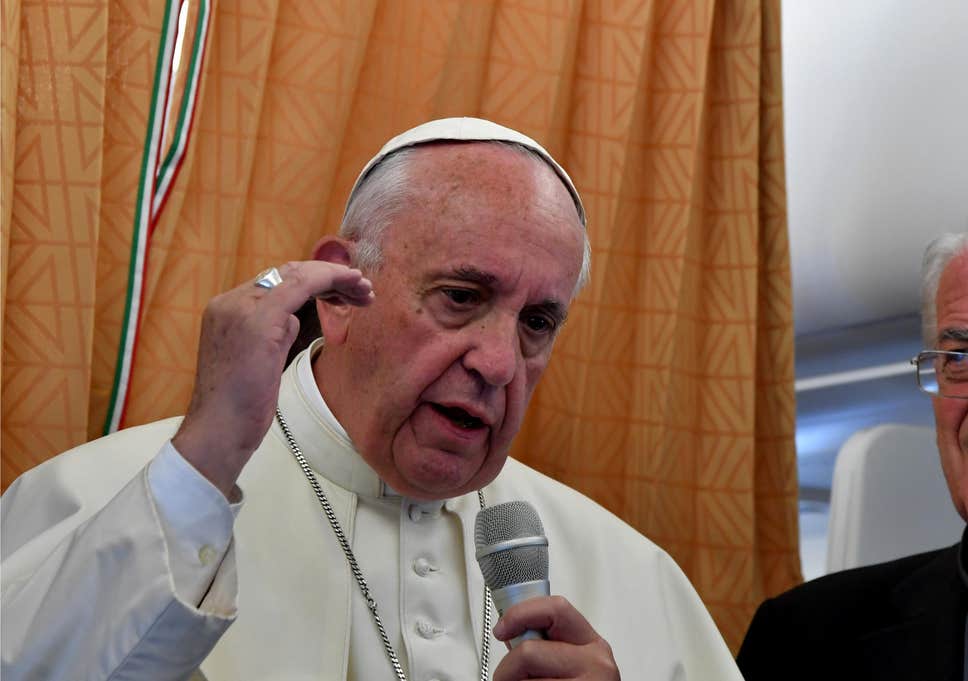 The coronavirus pandemic is exacerbating inequalities between rich and poor, Pope Francis said on Wednesday, calling for universal vaccines not reserved just for the wealthiest.

As the virus continues to claim lives and wreak havoc on economies around the world, the Pope in recent months has tried to use all his moral force to demand a new post-pandemic society, more respectful of the poor and the environment.

The call for social justice is a familiar theme sounded by the leader of the 1.3 billion Catholics around the world, who witnessed poverty and a crippling economic crisis first hand at home in Argentina.

“It would be sad if, for the vaccine for Covid-19, priority were to be given to the richest,” said Francis during his traditional Wednesday audience broadcast live from his private Vatican library.

“It would be sad if this vaccine were to become the property of this nation or another, rather than universal and for all.”

Pharmaceutical companies are in a race to be the first to launch a vaccine against the disease, which has killed nearly 775,000 people worldwide since its emergence at the end of December. Some governments have struck deals with companies, hoping to secure exclusive supplies of the vaccines when developed.

“The pandemic has exposed the plight of the poor and the great inequality that reigns in the world. And the virus, while it does not distinguish between people, has found, in its devastating path, great inequalities and discrimination. And it has exacerbated them!” he said.

Concurrent with a cure for the coronavirus, he said, the world “must also cure a larger virus, that of social injustice, inequality of opportunity, marginalisation, and the lack of protection for the weakest.”

It was not enough to focus on assistance to the poor, but rather to “resolve the problems that lead us to provide aid.”

Jorge Bergoglio — the birth name of Francis — pleaded for an economy that “brings benefits to the common people” and decried profits “not linked to the creation of dignified jobs”.

“And what a scandal it would be if all the economic assistance we are observing — most of it with public money — were to focus on rescuing those industries that do not contribute to the inclusion of the excluded,” he said.