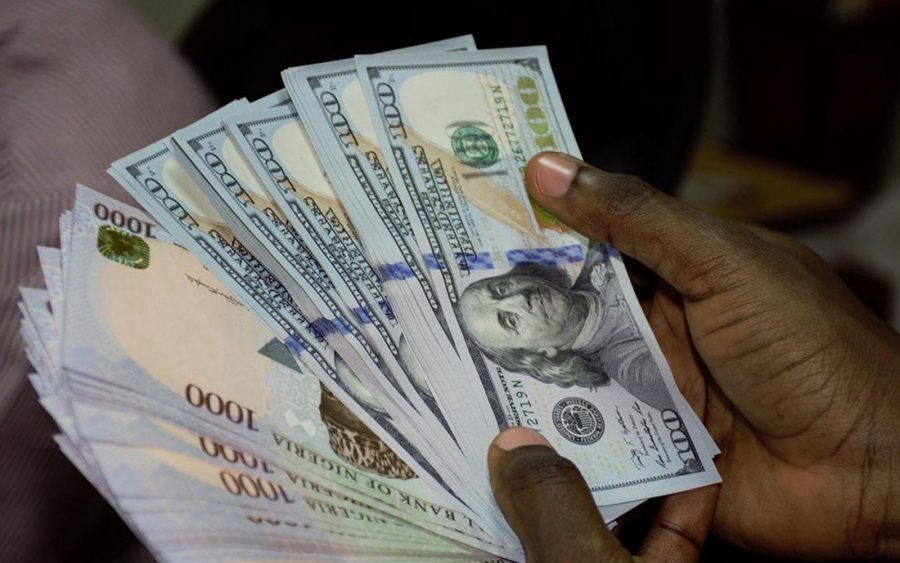 Friday, 12th November 2021: The exchange rate between the naira and the US $ closed at N415.1/$1, at the Investors and Exporters window, where forex is traded officially.

In the same vein, naira depreciated at the parallel market to close at N545/$1 on Friday, representing a 1.87% fall compared to N535/$1 recorded on the previous day.

The exchange rate had gained massively earlier in the week to N535 to a dollar from N570/$1. This is according to information obtained from BDC operators.

Trading at the official NAFEX window

The opening indicative rate closed at N414.39/$1 on Friday, indicating a 11 kobo depreciation compared to N414.28/$1 recorded in the previous trading session.

According to data tracked by Nairametrics from FMDQ, forex turnover at the I&E window improved slightly from $82.01 million recorded on Thursday 11th November 2021 to $90.7 million on Friday 12th November 2021.

The global crypto market suffered a marginal downturn on Sunday as the market capitalisation dipped by 0.51% to close at $2.799 trillion, representing a $14.48 billion loss. The downturn was due to a negative movement in the unit price of the two most capitalised crypto assets in the world.

It is worth noting that the figures used were obtained as of 10:55pm on Sunday.

Crude oil prices extended their bearish trades on Sunday falling further away from $85 per barrel as Brent Crude closed on the reds with 0.84% decline to $82.17 per barrel, while West Texas Intermediate dipped by 0.98% to close at $80.79 per barrel.

Similarly, Natural Gas recorded a significant downturn as it dipped by 6.95% to close at $4.791, while heating oil closed at $2.404, representing 1.77% decline compared to the previous day.

The decline was attributed to pressure from the expectation of higher supplies and weakening demand. Also, the market was also affected by the strengthening dollar and speculation that President Joe Biden’s administration might release oil from the U.S. Strategic Petroleum Reserve to cool prices.

However, the nation’s foreign reserve gained $5.04 billion in the month of October, as a result of the $4 billion raised by the federal government from the issuance of Eurobond in the international debt market.

The gains recorded in the previous month is higher than the $2.76 billion gain recorded in the month of September 2021, while the recent decrease puts the year-to-date gain at $6.16 billion.

So far in the month of November, Nigeria’s reserve has lost $285.5 million.

Your daily Horoscope For Tuesday, November 16, 2021

Nigerian Newspapers: 7 Things You Need To Know This Monday Morning