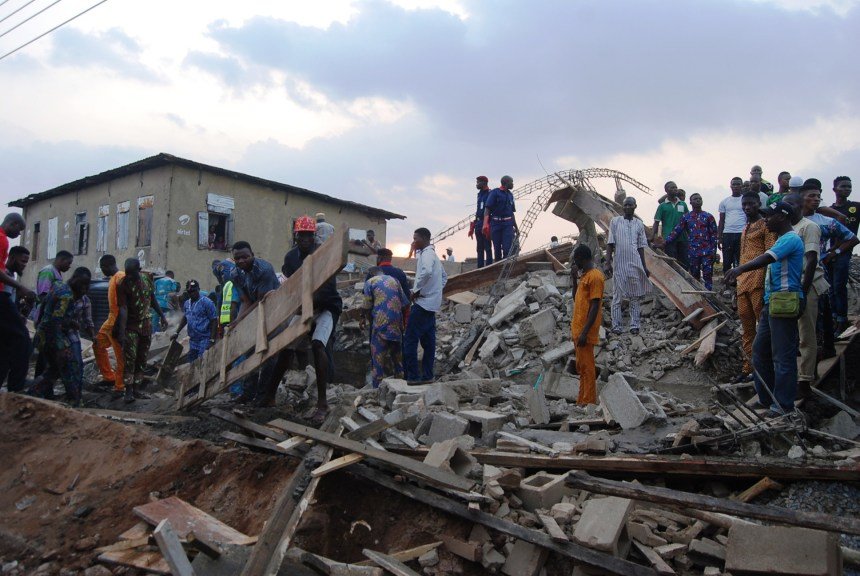 Four people were killed in the Badagry building fall, according to police in Lagos State.

iexclusive News Nigeria reports that a storey structure under construction in Magbon’s Flour Mill Estate crashed in on Wednesday.

The disaster occurred after the Ikoyi building collapse, which resulted in the deaths of 45 people and the injuries of more than a dozen more.

In Badagry, as in Ikoyi, the majority of the victims were construction workers.

At the Badagry General Hospital, they are receiving medical attention.

At the scene, police, emergency services, and first responders are continuing their search and rescue (SAR) efforts.